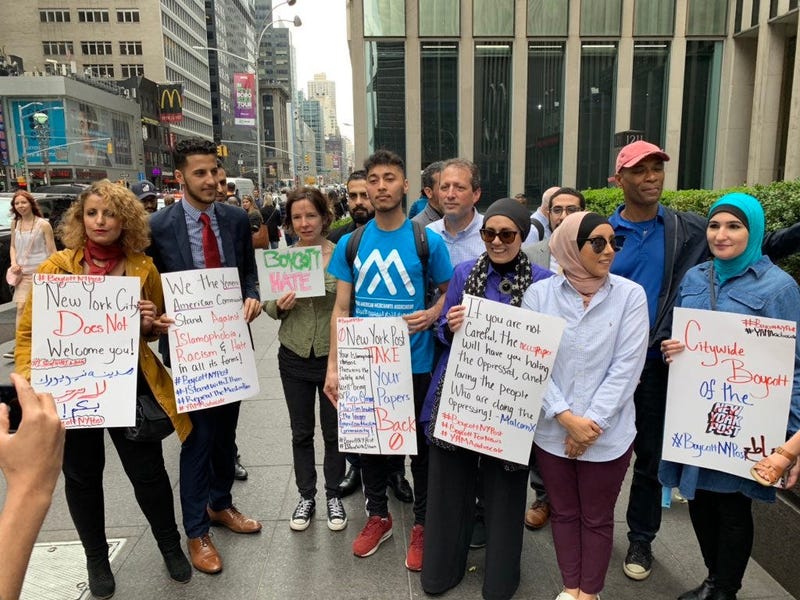 NEW YORK (WCBS 880) – A group of bodega and deli owners is calling for a boycott of The New York Post following a cover that they say incited hate and violence toward Muslims.

If someone goes to buy the Post in several hundred bodegas across the city they may not find the tabloid for sale.

“We are making sure it is not being on sale,” said Dr. Debbie Almontaser of the Yemeni American Merchants Association.

The Yemeni American Merchants Association says the @nypost won’t be on the shelves of several hundred delis and bodegas following last week’s cover targeting @Ilhan. They say it incites hatred and violence toward Muslims @wcbs880 pic.twitter.com/to87PXWtG0

“We support free speech but we will not accept the incitement of violence against Muslims or any group of Americans,” she said.

Her group wants to see an apology and the firing of the Post’s editor-in-chief Stephen Lynch before the paper gets put back on store shelves.

The cover last week featured a picture of the World Trade Center on 9/11, a response to comments from Omar that some saw as downplaying what happened that day.

WCBS 880 has reached out to News Corp but has not yet heard back.