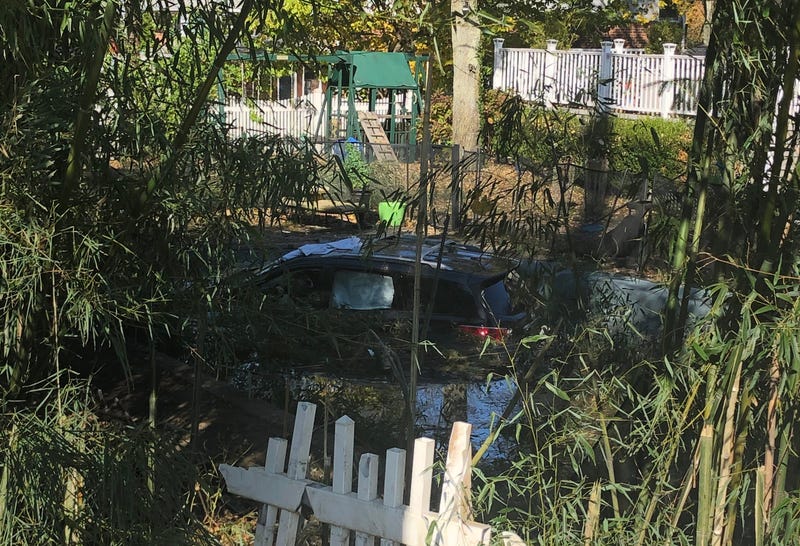 PORT WASHINGTON, N.Y. (WCBS 880) — An SUV crashed through a fence and into a swimming pool on Long Island Wednesday morning.

The accident happened around 10 a.m. at a home on Port Washington Boulevard.

It’s unclear what made the driver of a Nissan SUV lose control, but the vehicle suddenly crashed through a white fence surrounding the home’s backyard and into a swimming pool that had already been covered up for the season.

Kevin Wrynn tells WCBS 880’s Sophia Hall that his aunt was in the house alone at the time of the crash.

“The whole house shook and then she went to a higher floor in the house and looked out and saw the car there and then she was like, ‘oh my God,’” he said. “She started making phone calls, called 9-1-1.”

The homeowner then quickly ran outside to talk to the two men inside the vehicle.

“One man was unconscious, the other man was panicking a bit and trying to get out of the car,” Wrynn said. “She said, ‘relax, you’re in the shallow end and help is on the way.’”

Hall reports both men are expected to be okay.