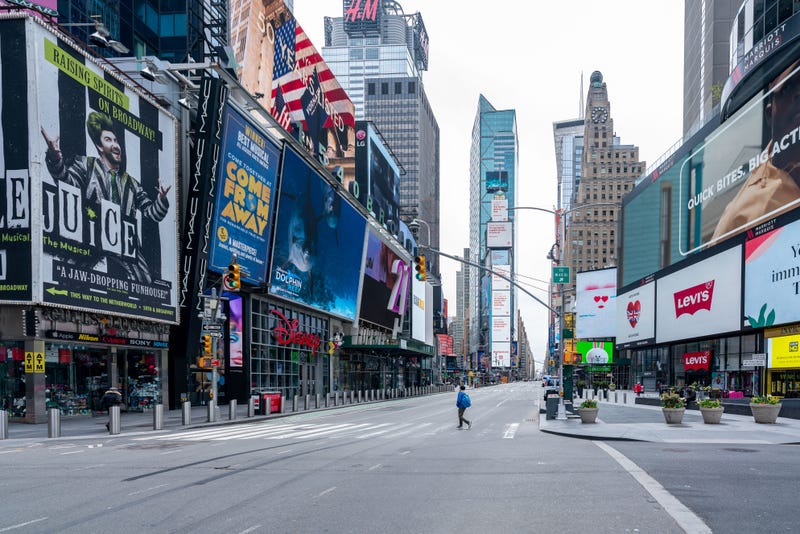 WASHINGTON (WCBS 880) -- China is looking to amplify disinformation about the coronavirus pandemic to exploit political divisions in the United States, according to a report in The New York Times.

The Times interviewed intelligence officials who work in six different U.S. agencies. The officials believe China is using tactics that resemble Russia's efforts to sow discord during our elections by utilizing social media trolls to push agendas to sympathetic Americans who unknowingly propagate its messages.

"We're seeing, now, tactics that are not surprising to many of us who served in government," said Nadia Schadlow, Ph.D., former U.S. Deputy National Security Advisor for Strategy, in an interview with WCBS 880 producer Neil A. Carousso.

China is reportedly not only using social media to disseminate false information, but also sending text messages and messages via WhatsApp, which are more difficult for law enforcement to detect because it is encrypted.

Text message rumors of a national #quarantine are FAKE. There is no national lockdown. @CDCgov has and will continue to post the latest guidance on #COVID19. #coronavirus

"It's disturbing and upsetting that Americans would be taken advantage of during such a difficult time in our country's history," Dr. Schadlow said.

She is currently a senior fellow at the Hudson Institute, an independent policy organization in Washington, D.C. that promotes global security through research and analysis. In 2018, Dr. Schadlow advised the Trump Administration on national security strategy as an assistant to the president on The White House National Security Council.

"China's much more of a strategic competitor to the United States," Dr. Schadlow explained.

She noted both Democrats and Republicans have expressed concern over the Communist Party's economic activities, including intellectual property theft.

She added that when President Trump came into office in 2017, U.S. policy towards China shifted to "push back" against its malignant activities.

The World Trade Organization indicates China is the number one exporter in the world. It is also the largest supplier of goods to the United States. China accounts for 21.2 percent of overall U.S. imports, according to The Office of the U.S. Trade Representative.​

Dr. Schadlow said critical technology and medicine has been manufactured in China over the last 15 years. She believes that will change as Americans prefer to have essential supplies produced in their country or U.S. allied nations.

"I do think we are going to see a shift in those areas," the former National Security Council advisor said, adding, "There is a recognition that it is a national security concern."