In addition to the 50th anniversary of the Miracle Mets, the stadium also has a new food lineup that Mets fans aren’t going to want to miss out on.

WCBS 880’s traffic reporter Tom Kaminski, an avid Mets fan, got a sneak peek Thursday at some of the newcomers to Citi Field including the brand new pizza partner, Emmy Squared.

The pizza spot, which began as Emily Restaurant – also known as Pizza Loves Emily – was founded in 2014 in Clinton Hill and eventually grew into Emmy Squared in Williamsburg in 2015.

Now, Emmy Squared has partnered with the Mets and offers a variety of specialty pizzas, including “The Emmy,” served with mozzarella cheese, banana peppers, red onions and ranch dressing.

“We just could never have imagine that we would be here, but we’re happy to be,” said shop owner Emily Hyland.

She notes that there are three locations throughout the stadium, including a field-level location that offers burgers. 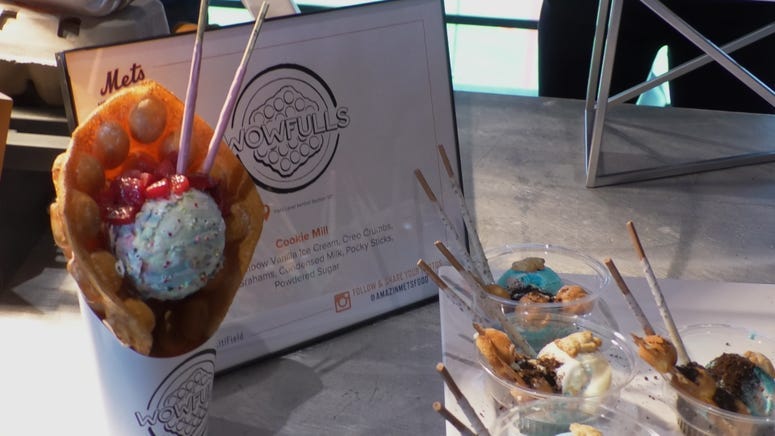 But it’s not just burgers and hotdogs you can find throughout the stadium. Citi Field is also planning to introduce new vendors for all dietary options, including a vegan spot: Marty’s V Burger.

“Everything that we serve is 100 percent vegan,” said owner Marty Krutolow, who offered Kaminski the shop’s signature Shroom Steakhouse Burger.

“That is excellent,” Kaminski noted after taking his first bite.

And while the food is usually a crowd pleaser, it’s not the only thing that’s new this season.

In fact, upon arrival fans will be greeted by an entirely new 1969 display case which features artifacts from the season, including Ron Swoboda’s game-used glove, Gil Hodge’s manager contract and more. 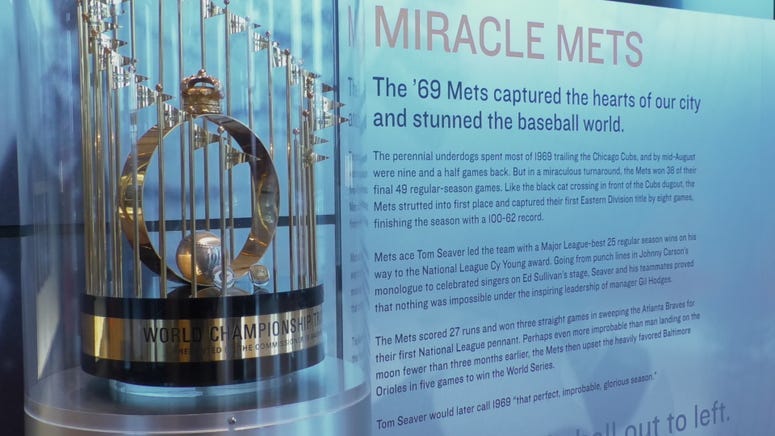 The artifacts were added as the Mets plan to host a weekend-long celebration to honor the 1969 World Series Championship team on Friday, June 28 through Sunday, June 30.

Mets fans will also be pleased to hear that the team is planning to honor Tom Seaver – who was recently diagnosed with dementia and will unfortunately miss the Miracle Mets celebrations – by renaming 126th Street, which lies adjacent to the ballpark, after the legendary pitcher.

And of course, there's always new merchandise to look forward to.

We recommend checking out the new shirts, including the one based on Howie Rose's famous line: "Put It In the Books!" 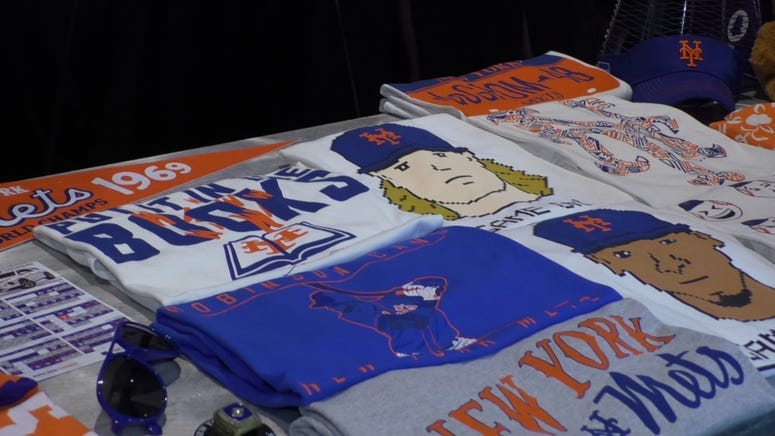 If you can't make it to Citi Field, all games will be broadcast live on WCBS 880, the new radio home for the Mets.