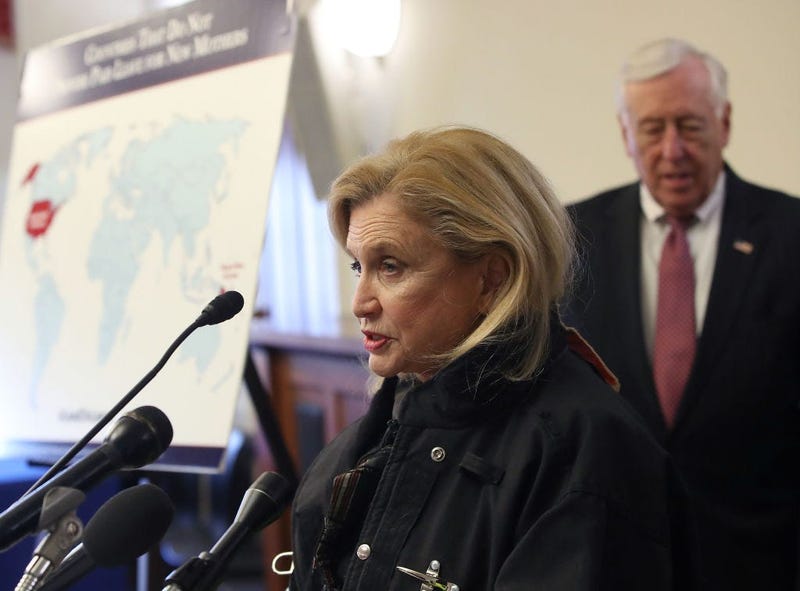 “Today is one of the nightmares that New Yorkers worry about,” said Congresswoman Carolyn Maloney, who represents Manhattan.

Speaking at a press conference in Washington D.C. following the crash, she said enough is enough and demanded that non-essentially helicopter flights over New York City be permanently banned.

“It is just too densely populated, it is too dangerous,” Maloney said of the flights.

Maloney says this is not the first fatal helicopter crash in or around the city, there have been a number of them and yet the Federal Aviation Administration hasn’t been moved to act.

Based on the dense fog and poor visibility, Maloney said she doesn't understand how the helicopter was allowed to take off Monday afternoon.

The aircraft, crash landed on the roof of a high-rise building in Midtown Manhattan, killing the pilot and forcing the evacuation of the 54-story skyscraper.