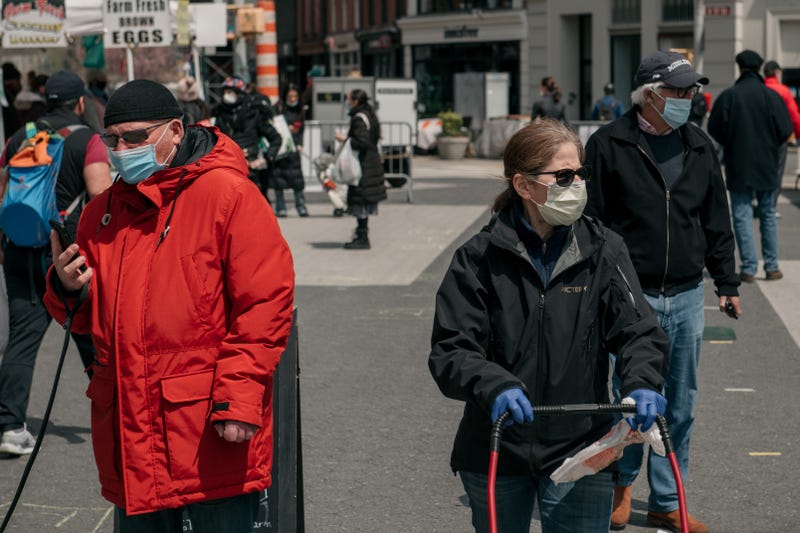 “They’re very proactive in wanting to encourage people to communicate these type of things,” said Anthony Lavalle, founder of report it® - a patented application that partners with schools, businesses and law enforcement agencies to expedite anonymous tips for non-emergencies.

Four Freedom Park Conservatory, Inc. operates and maintains the Franklin D. Roosevelt Four Freedom State Park. It also produces events at the park located at the southern tip of Roosevelt Island, overlooking the United Nations on Manhattan’s East Side. It has been a client of report it® for a few years and approached them about developing a solution to enforce social distancing.

“We geofence an area,” Lavalle explained.

A geofence is a virtual geographic boundary that enables software to trigger a reaction when a smartphone enters or exits a defined area. Report it® sets up geofencing for its partners throughout the country to enable users to submit an anonymous tip to companies and police to act upon in a timely manner. 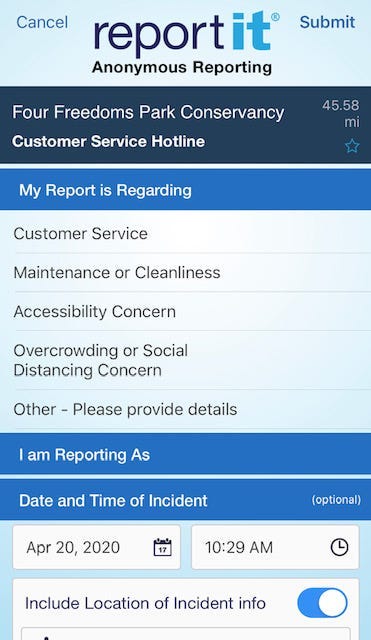 The Long Island based tech company was founded in 1999 at the outset of the Internet, harnessing the capability to collect and facilitate data such as photos, videos and a description of the complaint.

The park manager will receive a report immediately with key actionable information.

“We actually capture the geographic location of where that photo was taken, so that the receiver of the report knows exactly where this is occurring and where the correction needs to be made,” he said.

Those photos are also time-stamped for verification, which Lavalle said separates report it® from other applications such as the NYC 311 app because police may respond to an incident that occurred much earlier.

The report it® app is also available in all languages.

“I think that comfort level of people being able to utilize something in their native language to escalate a concern really helps them to communicate as well,” Lavalle emphasized.

He has seen an increase in reports through the app during the coronavirus pandemic.