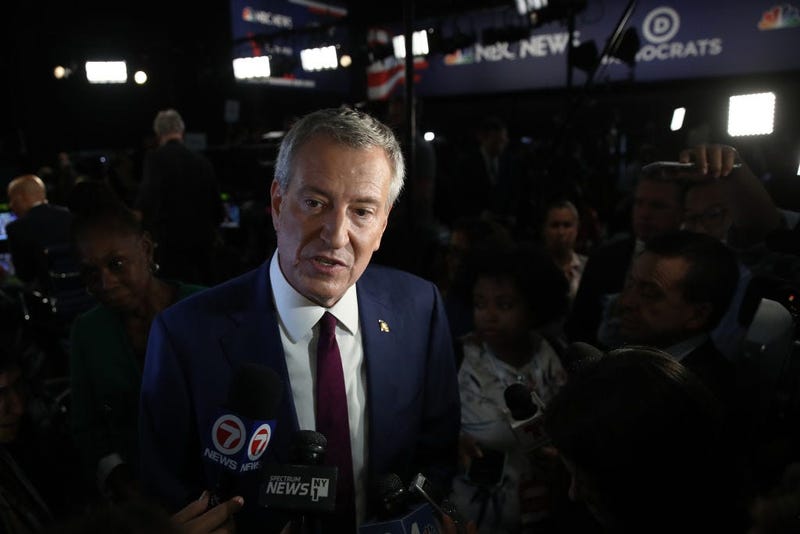 NEW YORK (WCBS 880) — Mayor Bill de Blasio’s presidential campaign continues to face an uphill battle as the Democratic hopeful prepares for the second round of debates, which start Tuesday night.

“Bill de Blasio has yet to crack into the top tier by any standard in terms of the polls or donors. For the so-call second tier candidates, which de Blasio currently is part of, this is do or die because they have to be able to qualify for the next round of debates and they have to step it up in order to do so,” Miringoff explains.

To make the next debate round, candidates must have 2% in four national polls and 133,000 unique donors in 20 states.

“His campaign is, it's been almost dead from the beginning and it seems unlikely that he can make a breakthrough,” he said. “What can he say or do other than something outrageous?”

For several candidates, including de Blasio, the second round of debates will likely offer a last chance to be considered a serious contender for the party's nomination.

De Blasio, who takes the stage on night two, also runs the risk of having his time reduced if he interrupts as much as he did in the June debate.

The second scheduled two-hour debates, hosted by CNN, will be held in Detroit on Tuesday, July 30 and Wednesday, July 31. Dana Bash, Don Lemon and Jake Tapper will moderate.