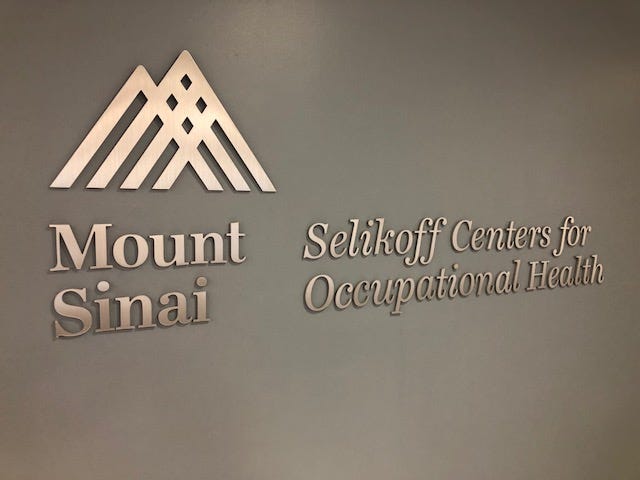 NEW YORK (WCBS 880) — Nearly two decades after the Sept. 11, 2001 terror attacks, the death toll continues to rise and the story continues to unfold.

In this week’s Stories from Main Street, WCBS 880’s Sean Adams heads over to the clinic to get a first-hand look at how these doctors and nurses are still seeing new 9/11 victims day after day, years after the attacks.

Bellevue tracks people who lived and worked south of Canal Street in lower Manhattan after the attacks, but only about 20,000 of an estimated 400,000 people have come forward for treatment.

Dr. Crane says it’s important they be checked because while the clinic initially saw problems with the respiratory and digestive systems, the illnesses have worsened over the years.

“We've seen things like prostate cancer, thyroid cancer and some of the blood tumors, like leukemia and various other tumors,” he explains.

The cancers, which are often hard to recognize symptoms, stem from the toxic dust that swirled around the lower part of Manhattan Island when the Twin Towers collapsed.

“Metals, definitely concrete, fibers – you had asbestos, you had the glass fibers, you had other metals known to be carcinogenic, you had polycyclic aromatic hydrocarbons,” he explains, but notes that so much is still unknown.

“We don't and we never will know all that they ingested or inhaled,” he said. “We're never going to have the information, it blew away in the wind.”

Dr. Crane’s personal opinion is that a second wave of illness is currently at hand.

“Most of the research on asbestos in populations has shown that most of the impact comes after 20 years,” he notes.

As we quickly approach the 20th anniversary of the 9/11 terror attacks, he says it’s crucial that those affected get themselves checked out regularly.

For those that fear the costs of medical help, he says thankfully the James Zadroga 9/11 Health and Compensation Act has been extended for an additional 70 years and those affected by the attacks can now seek financial compensation to help with their treatments.