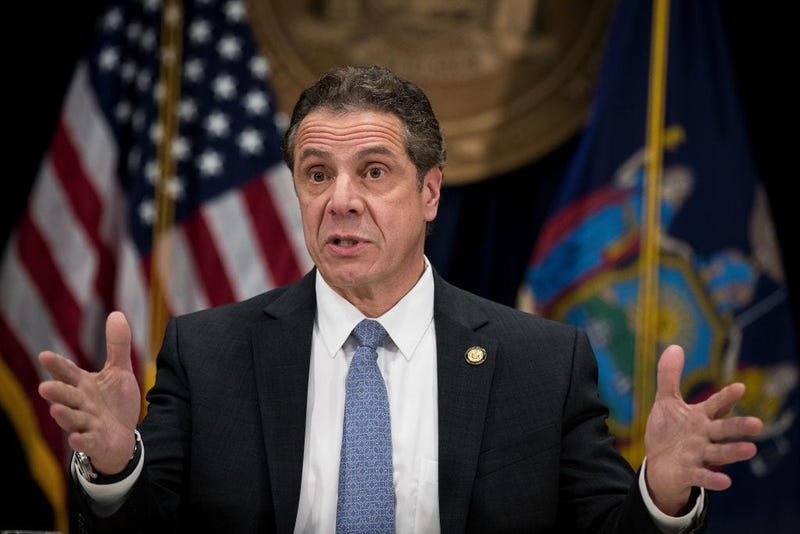 Cuomo made the comments in an interview with WCBS 880’s Pat Farnack shortly after President Trump publicly condemned the two shootings as barbaric crimes “against all humanity” and urges lawmakers to respond to an epidemic of gun violence.

Trump said he wants legislation providing "strong background checks" for gun users, though he has reneged on previous promises after mass attacks. He blamed video games and mental illness for violence but made no mention of more limits on the sales of actual firearms.

"We vow to act with urgent resolve," Trump said, speaking from the White House about shootings that left 29 dead and dozens wounded. His scripted remarks came after two days of muted response to the shootings, and included a solitary denunciation of white supremacy, a subject he has been reluctant to criticize.

"In one voice, our nation must condemn racism, bigotry and white supremacy," Trump said, adding that he had directed the FBI to examine steps to identify and address domestic terrorism. "These sinister ideologies must be defeated. Hate has no place in America," he said.

Gov. Cuomo, a Democrat, denounced the comments and offered what he thought could be a more suitable solution.

“I think the president should practice what he preaches. I think for the president to say ‘there’s no place for hate,’ is one of the great hypocritical statements of all time,” Cuomo told WCBS 880.

Cuomo says President Trump should immediately ban all assault weapons in the United States and require universal background checks for purchasing any firearm.

“You need a universal background check. Which means, before a person buys a gun through any means – at a gun store, at a gun show or from a private individual – you go through a background check, because if you are a criminal or mentally ill, you shouldn’t have a gun,” Cuomo said.

Trump suggested earlier Monday on Twitter that a background check bill could be paired with his long-sought effort to toughen the nation's immigration system. But he didn't say how or why he was connecting the issues.

....this legislation with desperately needed immigration reform. We must have something good, if not GREAT, come out of these two tragic events!

Earlier this year, New York's Legislature approved a package of bills aimed at making the state's already tough gun laws even stricter. Cuomo signed them into law in January.

One bill prohibits teachers from carrying guns in schools. The legislation prevents schools from authorizing anyone except security officers, school resource officers or police to carry a firearm on school grounds.

Another measure, called the "Red Flag Bill," allows police, family members, teachers or school administrators to ask a court to have evaluated the mental condition of any person with access to a gun. If the individual fails a doctor's check the gun, or guns, will be removed.