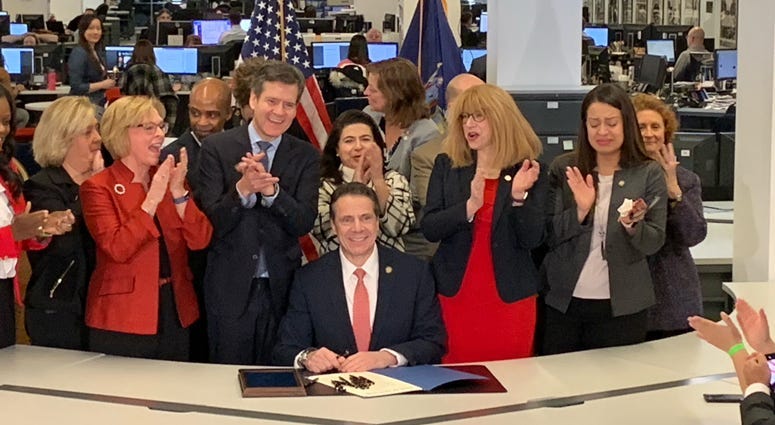 Before the law was signed, victims only had until they were 23-years-old to take action criminally or civilly. Many said that was not enough time to do so.

“I tried to put everything back like a puzzle. Why is it that if I was suicidal, at the moment I wasn’t getting the help that I thought was needed,” said Rafael Mendoza.

Most victims are at a point of weakness in their lives like Mendoza, who notes that it takes years for victims to be able to talk their abuse.

The measure was blocked for the past decade by Republicans who controlled the state Senate.

Democrats took control of the chamber in the November elections, and the Senate and Democrat-controlled Assembly approved the legislation last month.

Cuomo, a Democrat, signed the Child Victims Act in the Manhattan newsroom of the Daily News.

The paper published numerous stories on the issue and editorialized in favor of the legislation's passage.