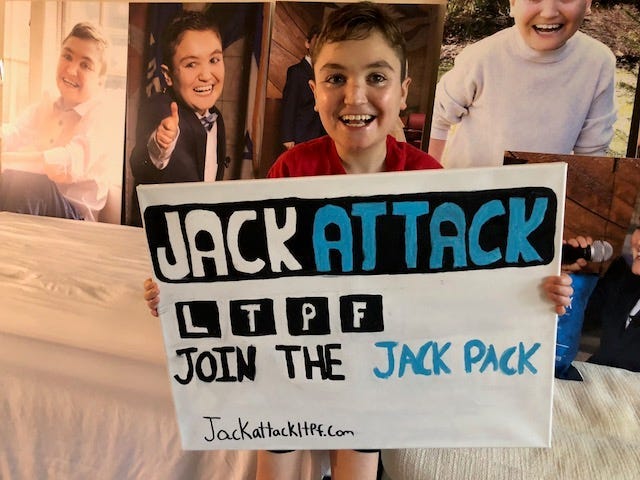 ROCKLAND COUNTY (WCBS 880) — A Rockland County boy with a rare genetic disorder that limits what he can do has found friends in a virtual world. Now, he wants to give back and help connect other children who might feel isolated and alone.

Jack was diagnosed with Familial Dysautonomia as a child and was given an initial life expectancy of 3 to 5 years.

“Familial Dysautonomia affects the autonomic sensory nervous system. So, everything that you don't think about he can't do,” explained Jack’s mother Robin Posnack.

She explains it’s a complicated diagnosis.

“No pain, no temperature regulation, the inability to produce tears, the inability to, believe it or not, he doesn't even understand where his arms and legs are. So if you were to shut your eyes again, put your hands out— he doesn't have any concept of spatial relations,” his mother told Adams.

It’s because of Jack’s disabilities that Robin sought out a way to level the playing field, and she did that through virtual gaming.

She created the Jack Pack, a gaming world in which her son could play with others. 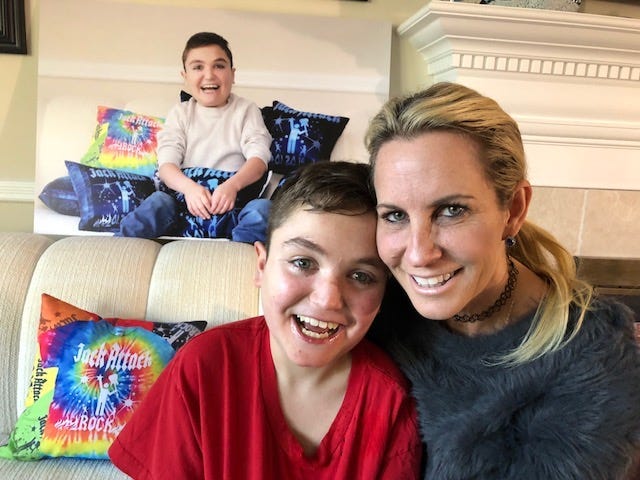 Anyone who is being bullied, feeling isolated or suffering from depression is welcome to join. She invites them to join Jack’s livestreams or come to the house to join them in playing “Madden NFL” or “Fortnite.”

And when he's gaming with the Jack Pack, Jack feels just like everyone else.

His sister Charlotte also gets in on the fun, but she says she’s thrilled to see her brother having fun on his own.

“It makes him feel special because people might make fun of him at school because he looks different than people, but when he's playing on Fortnite and he's connecting with other people, those people don't know what he's going through and they treat him like a normal person,” she said.

“Jack feels included, no one is isolated and it just makes us all closer,” Robin adds. She says he’s made tons of new friends, which was her initial goal when she came up with Jack Attack LTPF.

Now, LTPF not only stands for "level the playing field" but it also for "learn to pay it forward.” Robin wants everyone who ever felt lonely to tell their story and join their cause.

Jack also is learning to pay it forward on his own— he plans to give away a gaming PC to somebody in need. All you have to do is tell Jack what you’re going through.

“When you submit your story, you just have to tell us why being in the Jack Pack would be helpful, would be advantageous. Maybe you don't have a gaming PC, maybe you can't afford one, they’re a lot of money. Maybe you just want to talk to Jack. So, your story will then be submitted into our database and Jack gets to pick the winner,” Robin said.