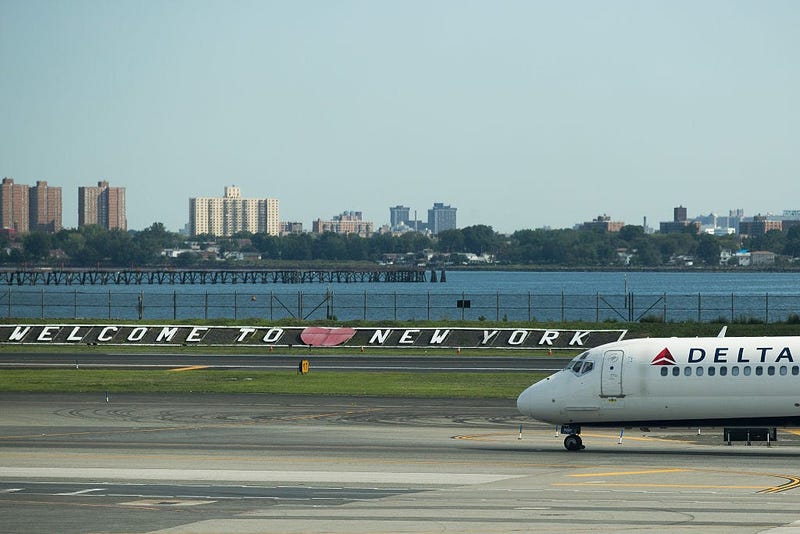 The airport announced on Twitter that passenger volumes were “significantly increased” after more than 300 flights were canceled during Wednesday’s storms.

“That record passenger volume comes in the peak of construction as we build a whole new LaGuardia Airport,” the airport wrote on Twitter amid the rush.

Today is the 2nd busiest day in LGA history and will likely be the busiest ever by day’s end. Passenger volumes are significantly increased due to the more than 300 flight cancellations yesterday because of storms across the Northeast.

Travelers were complaining of long waits all day long and Roads leading to the airport were so crowded, many travelers began bailing out of their taxis and ride-shares and chose to walk to the terminals with their luggage.

“We understand how frustrating this traffic can be, and please know that we are doing all that we can to ensure passengers can get to and from the airport as expeditiously as possible,” LaGuardia said on social media. “Thank you for your patience.”

The airport notes that by the end of the day, Aug. 8 will most likely become the busiest day on record.