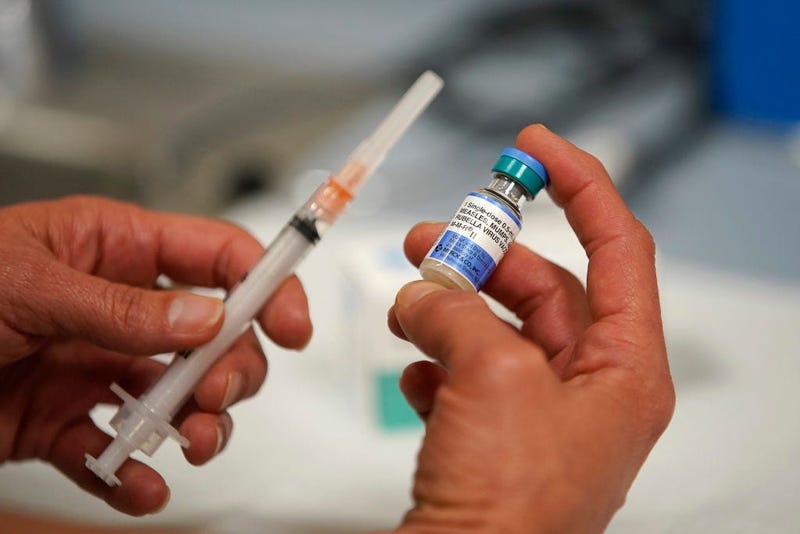 NEW YORK (WCBS 880) — As the number of measles cases continues to grow in New York state, there’s a renewed push to pass a bill to force more children to be vaccinated.

New York State’s public health law already notes that all children must be immune to various diseases, including measles. However, a provision in the law allows children to remain unvaccinated if religious beliefs oppose vaccines.

There have been over 840 confirmed cases of measles in the state since October 2018 and now, many say the issue has stretched far beyond religious beliefs.

As a child with cancer, King has been unable to receive vaccinations and does not attend public school saying, “I don’t want to get the measles.”

Manhattan state Sen. Brad Hoylman is the main sponsor of the bill and notes that the legislation looks to create safer learning environments.

“We stand here together to defend our right to safe schools for all children,” he said at an event urging lawmakers to back his bill.

However, there remains some opposition from so-called “anti-vaxxers.”

“My concern with this bill is that it is attacking religion,” said Stefanie Mihairas, who believes her son’s measles was the result of the vaccine.

Sen. David Carlucci – who represents a large portion of Rockland County, where one of the worst measles outbreaks in the state is currently ongoing – has previously stated the issue isn’t a religious one at all.

“I haven't found organized religion that is opposed to vaccination. Philosophical beliefs are different and people have all these different beliefs, but to say it's religious often confuses the issue,” he says.

Federal health officials say that the number of measles cases in 2019 have already surpassed the count for all of 2018.

Measles is a highly contagious disease that is spread through the air when an infected person coughs or sneezes. Symptoms include a cough, runny nose, inflamed eyes, sore throat, fever, and a red, blotchy skin rash.