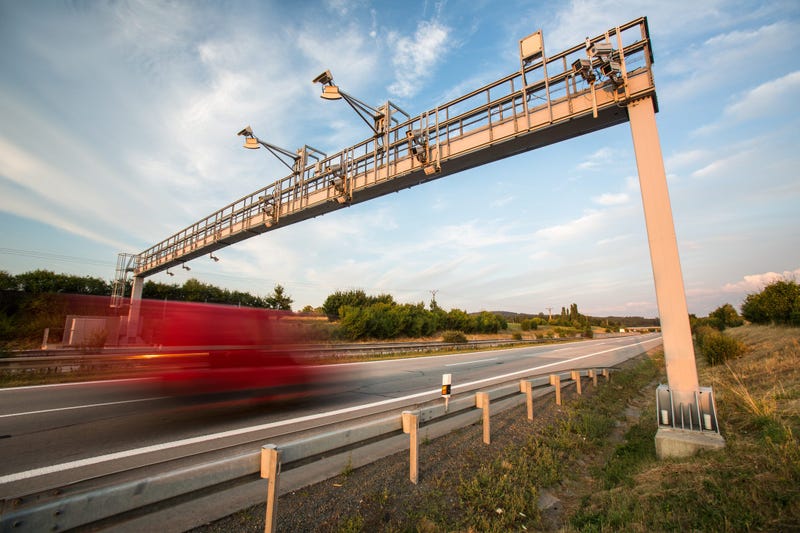 America is in the midst of an infrastructure crisis. In The Break Down: Roadwork Ahead, reporters Al Jones and Steve Burns look at the issues facing our roads and dig into the cost, how we got here, and the solutions, which may rest in revolutionary thinking about cars and how we use them.

The first three episodes of this five-part series, The Break Down: Road Work Ahead, detailed the state of disrepair on our nation’s roads and highways, how we got here, and how much it will cost to fix it. Motorists, brace yourself: you are expected to pick up much of the tab. Mike Manville is an associate professor of urban planning at UCLA, he calls it an end to the free ride, with sharp increases in the cost of driving and parking on city streets.

In Manhattan, congestion pricing begins next year, and it won’t be cheap — $11 or $12 to drive into the central business district during peak hours. Predictably, drivers are not really happy about this. But traffic experts say that anger is a good thing, that it is the last straw for some drivers who will look again at mass transit into the city.

It’s not a new concept. In 2016, Virginia launched variable tolling on heavily-used I-66 just outside Washington, D.C. Carpoolers are still free, but lone road warriors pay a premium, with the cost fluctuating every few minutes. It’s not foolproof, some motorists were hit with a $40 toll for a nine mile stretch during peak time.

Variable tolling provides an endless way to extract money from motorists. I-95 runs from Maine to Florida, and the 13 states along the way are looking at a unified toll system, collecting mileage-based user fees meaning the more you drive, the more you pay. In Los Angeles, new ideas include everything from using drones to inspect train tracks to building an aerial tram to get fans into Dodger Stadium.

Dramatic changes here, but baby steps when compared to other parts of the world. Singapore is among the leaders, where fees for purchase, registration, parking and driving have priced the automobile out of the reach of most drivers. Singapore counters by providing a state-of-the-art mass transit system, something many U.S. cities can only dream of.

The dream in many states isn’t launching new projects, but upkeep of the roads and bridges they already have.

In Connecticut, Transportation Commissioner Joe Giulietti says infrastructure isn’t sexy, and maintenance is a tough sell to the public. Tolls are unpopular and there are few other options, so Giulietti has drawn a line in the asphalt — no new projects until existing roads and bridges are in good shape.