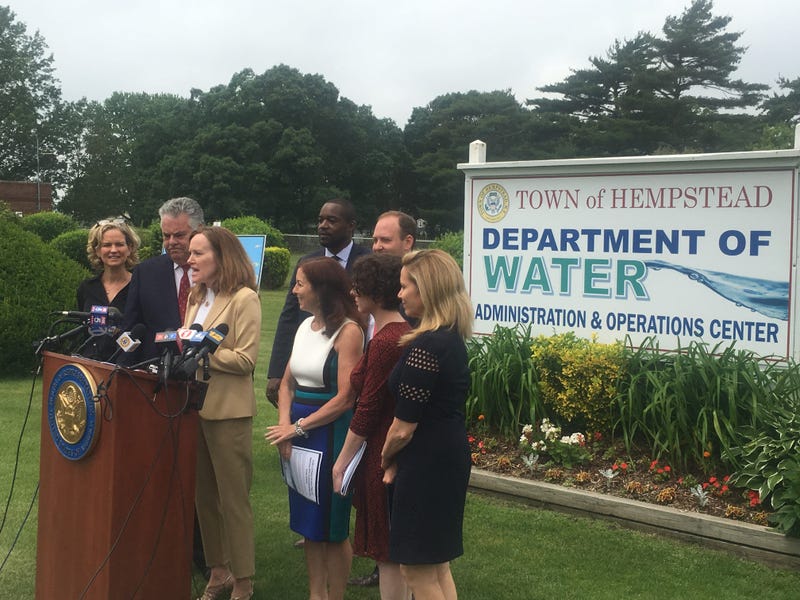 HEMPSTEAD, N.Y. (WCBS 880) — Long Island members of Congress, along with environmentalists are asking the Environmental Protection Agency for help in cleaning up contaminants in the water supply.

Now, Long Island members of Congress, including Kathleen Rice, are turning to the federal government to set new stricter standards for the levels of chemicals allowed in drinking water and for hundreds of millions of dollars to clean up what was found in many districts.

She says the cancer causing chemicals – including PFOA’s and PFOS’s – have been found in many systems, public and private.

As they await federal funding, some water district officials have, or will soon be adding filters to clean up the chemicals.