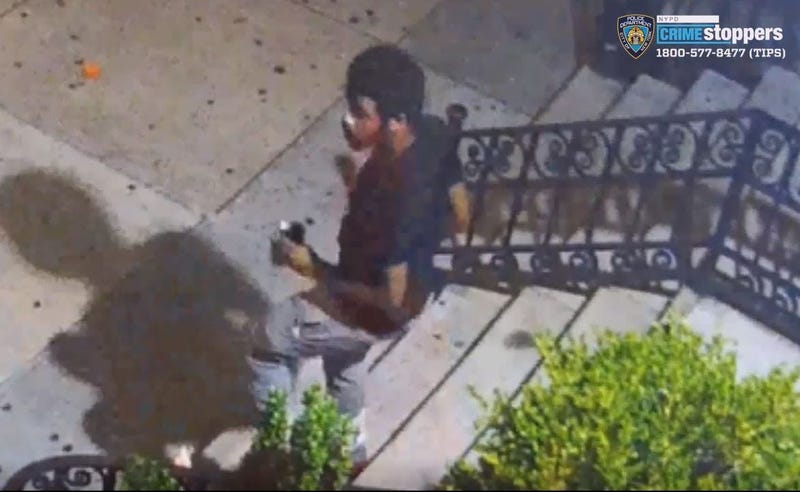 Alibi Lounge owner Alexi Minko said his staff told him the pride flag was burned between 12:20 and 12:45 a.m. It marked the second time in one month that a flag had been burned in front of the establishment.

Surveillance footage captured the suspect setting fire to the flag and calmly walking away.

No injuries were reported in the fire.

Gov. Andrew Cuomo had directed the State Police Hate Crimes Unit to assist the NYPD in their investigation.

Police were already investigating a possible anti-gay bias crime at the bar after rainbow flags at its entrance were set on fire May 31, a day before the start of the city's Pride Month celebrations.

Alibi Lounge bills itself as the city's only black-owned gay lounge.