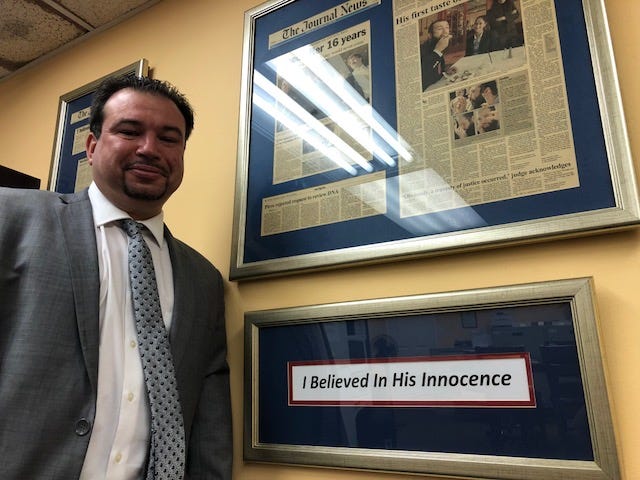 NEW YORK (WCBS 880) — The 2019 Emmy awards spotlighted Netflix’s “When They See Us,” about the exoneration of the Central Park Five.

But, also in 1989, there was another wrongful conviction that sent a teenager to prison for a crime he did not commit.

In this week’s Stories from Main Street, WCBS 880’s Sean Adams sits down with Jeffrey Deskovic, who at 17-years-old was wrongly convicted of the rape and murder of his 15-year-old classmate, Angela Correa.

“I was arrested for murder and rape which I didn't commit in Peekskill, a classmate of mine was found murdered and raped. I was ultimately wrongfully convicted based upon, of course, a false confession, prosecutorial misconduct, fraud by the medical examiner, a terrible public defender – I was convicted despite a pretrial negative DNA test result,” says Deskovic.

The now 45-year-old says his confession was coerced, which raises the question as to why somebody that knows they are innocent would confess to something they did not do.

Deskovic says the answer to that is a lengthy process of manipulation.

“The officer who had been pretending to be my friend, he came in the room and he told me that the other offices were going to harm m, but that he would have been holding them off but he couldn't do so any longer. I had to help myself,” he says.

Deskovic says he did not have an attorney, was taken across county lines to an unfamiliar location, was given a brochure that he didn’t understand and was constantly being given cups of coffee, which only emphasized his anxieties.

He says officers told him the trouble would end if he simply confessed – so that’s what he did.

Despite later insisting that he was innocent, the jury found him guilty of the crime and he went to prison, but he never gave up hope.

“Belief in God was one thing, second thing was I still thought the court system works,” he says.

He studied law while in prison and gained the support of the Innocence Project, and in 2006 was able to have DNA from the case reevaluated.

“Ultimately, I was exonerated through further DNA testing via the DNA databank, which not only exonerated me but, also identified the actual perpetrator who was arrested and convicted,” Deskovic said.

In 2014, a jury found in favor of Deskovic and awarded him $41.6 million for his wrongful imprisonment.

Since his release, Deskovic has become an advocate for criminal justice reform and established the Deskovic Foundation, to help others like him.

This year, Deskovic also graduated from Pace Law School and now hopes to argue appeals himself.

He says, “My place in the world is to fight wrongful conviction, that’s how I make sense of what happened to me and that's why I do what I do.”