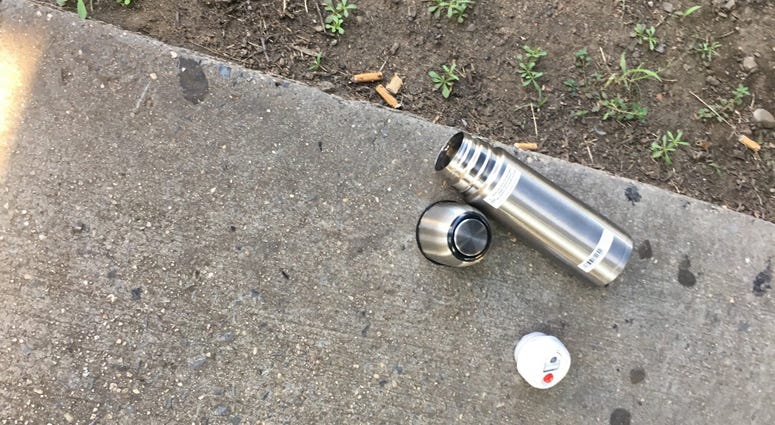 NEW YORK (WCBS 880) — A bomb scare disrupted subway service in Queens during the morning rush hour on Friday morning as police investigated a suspicious item inside the backpack of a man who apparently jumped in front of an A train.

Police say the man dropped his backpack on an elevated platform before jumping in front of a Manhattan-bound A train at 80th Street and Liberty Avenue just before 7 a.m.

The NYPD's Counterterrorism and Bomb Squad units flooded the area after the backpack had a cylinder that looked like a pipe sticking out of it.

What police found inside the backpack was a metal thermos and an umbrella, WCBS 880's Marla Diamond reported.

False alarm messes up am commute on the A. Man struck at Liberty and 80th in Queens was carrying a thermos, not a pipe bomb. ⁦@wcbs880⁩ #atrain #subway #NYPD pic.twitter.com/PfLLsGIOsq

The suspicious bag was deemed safe and police gave the all clear.

The suspicious package @MTA 80th Street/Hudson Station in the @NYPD106PCT was deemed safe by @NYPDCT Bomb Squad. Expect to see residual delays in the area. pic.twitter.com/mcDg5Wtdjc

The incident trapped commuters on an A train near Hudson Station and service was suspended between Euclid Avenue and Lefferts Boulevard. Commuters were not allowed to get off at the station until the area was secured.

Trains have since resumed normal service.

The man survived and was rushed to Jamaica Hospital in critical condition.