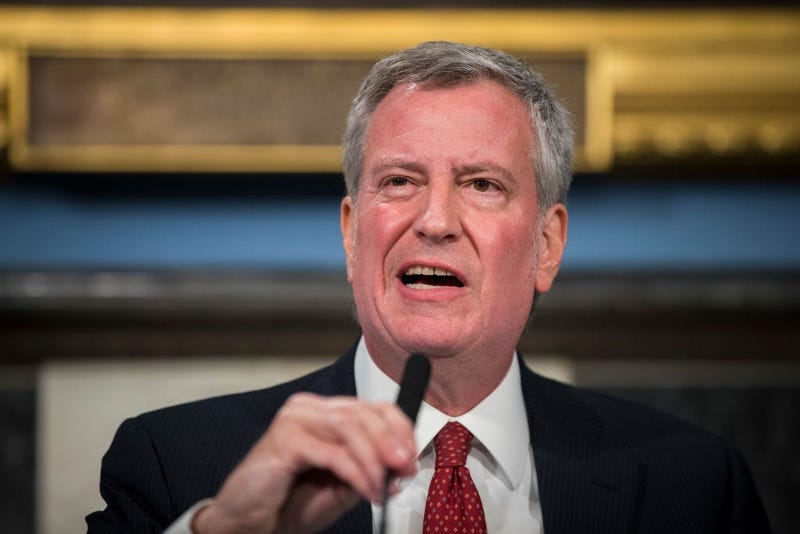 NEW YORK (WCBS 880) — Mayor Bill de Blasio has said he will announce sometime this month whether he will seek the Democratic nomination for president.

And if the mayor decides to jump into the race, Baruch College political science professor Doug Muzzio advises not to bet on him to win.

“I don’t think he’s got a chance. I think that the mayor is a legend in his own mind. I don’t see how his analysis has led to the conclusion that he really has a serious chance to win,” Muzzio said.

“The mayor has absolutely nothing to lose if he gets in the presidential race. The expectations are low, no one expects him to win, New Yorkers don't care one way or the other. Could lightning strike? Why not,” he said.

In March, a Marist poll did find that among New York’s Democrats, only 25% would be happy if the mayor because the Democratic presidential nominee while 65% said they’d be unhappy.

De Blasio continues to weigh the option and recently told WCBS 880’s Rich Lamb, “Anytime I get in a race, I get in it to win it.”

There are over 20 candidates vying for the Democratic presidential nomination.