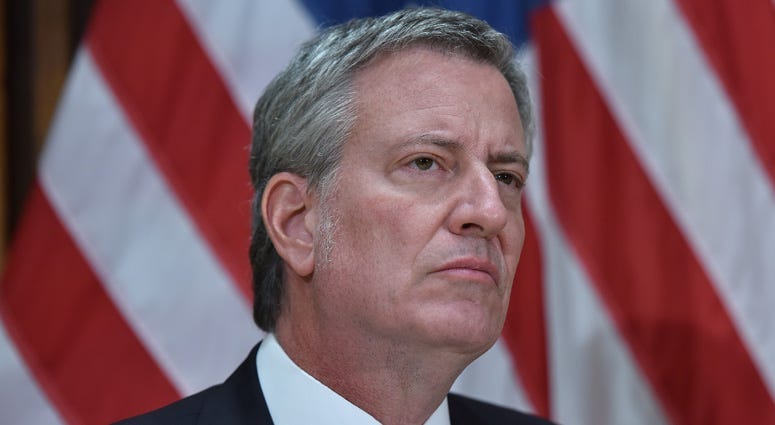 NEW YORK (WCBS 880) — Mayor Bill de Blasio on Thursday responded to a planned lawsuit against his order requiring residents of some Brooklyn neighborhoods to receive mandatory measles vaccines saying the declaration will survive any legal action.

“We will beat them,” de Blasio said.

Attorney Michael Sussman said Wednesday that New York City overreached its authority in threatening to fine residents in four Brooklyn zip codes if they do not vaccinate their children.

He announced that he is planning a lawsuit on behalf of opponents of the order.

Though, de Blasio believes it’s a small number of people who actually oppose the MMR vaccine.

“The more I’m hearing, the more I realize it's a really small group of strong anti-vaccination voices that convinced a number of parents of something that is factually wrong,” he said.

Since September, the city said more than 250 measles cases have been confirmed in Williamsburg, where Mayor de Blasio issued the public health crisis on Tuesday.

Since then, de Blasio says the message has become clear.

“I think the message got across, and we're certainly hearing back from folks in the community, that it's penetrated very quickly and we've sounded the alarm, that people are taking it seriously,” he said of the emergency order.

The mayor adds that the declaration of a health emergency is helping community leaders to aid the city in getting the vaccinations done.