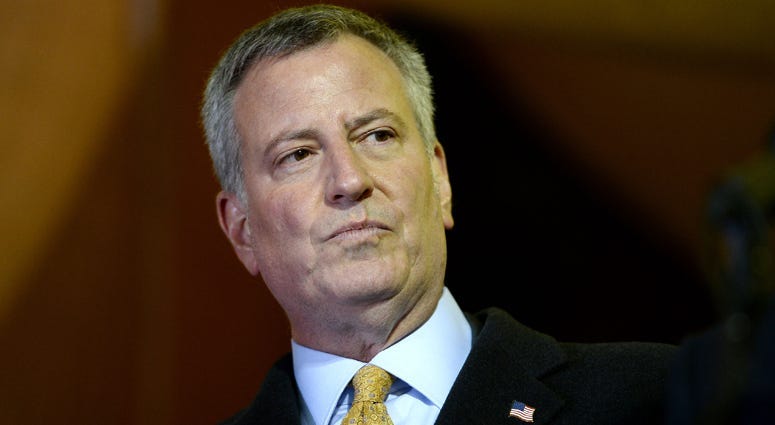 While he noted he certainly has concerned about the health and safety aspects of legalized marijuana in New York, he’s more worried about the potential corporatization of the drug.

"My goal is that we avoid the corporatization of the marijuana industry,” the mayor told an audience, including two Albany lawmakers on Thursday.

“We have a chance and these two folks and their two colleagues have in their hands a chance to do something that's never been done before, to literally exclude corporate America and make sure this is a small business community-based industry,” de Blasio said, addressed the two state lawmakers.

The mayor said if the state plans to legalize recreational marijuana, “the opportunity first and foremost goes to communities that are victimized and individuals who are victimized, right down to people having an opportunity to start businesses and get jobs who served time who should have never served time to begin with.”

Mayor de Blasio declared the state of New York could do something, as he put it, absolutely revolutionary.

His comments come just weeks after Gov. Andrew Cuomo announced the legalization of recreational marijuana as one of his top priorities for 2019.