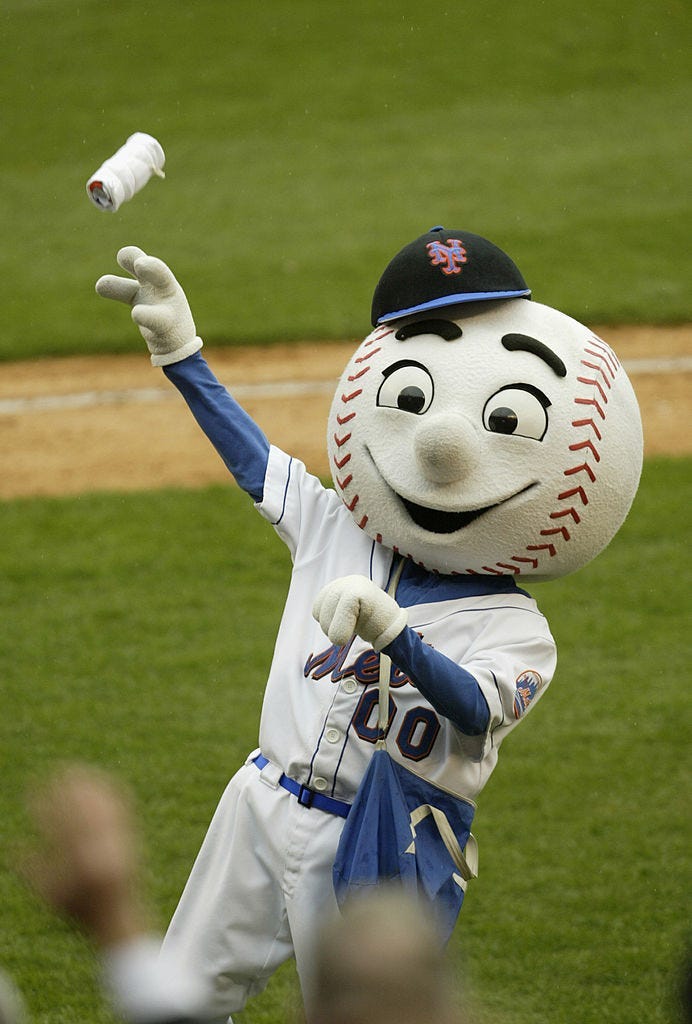 NEW YORK (WCBS 880) — A Mets fan from Long Island is suing his favorite team after he was knocked unconscious and nearly blinded by a T-shirt cannon.

Alex Swanson, 54, says that since June 5, he fears he will go blind in one eye, according to his attorney Dustin Levine.

The Smithtown resident was sitting in the outfield with his three college-age sons during a game that day when a T-shirt cannon launched a shirt directly into his face from a close distance.

“He's supposed to aim it upwards but in the middle of aiming it upwards, he hit the trigger and fired it into my client's face from about 15 to 20 feet away, knocking him out cold, forcing him to fall backwards and bang his head on the concrete step,” Levine explains. "Those cannons are measured to be shot at half the speed of a 9mm gun. So think about the level of force, the projectile coming out of that machine is significant."

Swanson lost consciousness briefly and has been told his retina could detach at any moment because of the injury.

“My client has a semi-detached retina and he says that every time he opens his eye, he feels as if there's a shining light in his eyeball,” said Swanson’s attorney. "His eye doctor has told him that at any minute his retina can detach and he may be permanently damaged and have some type of blindness."

He has yet to put a price tag on Swanson’s lawsuit against the Mets.

A spokesperson for the organization did not respond to a request for comment.

In April, a woman filed a similar lawsuit against the Houston Astros, claiming that a T-shirt cannon broke her finger.