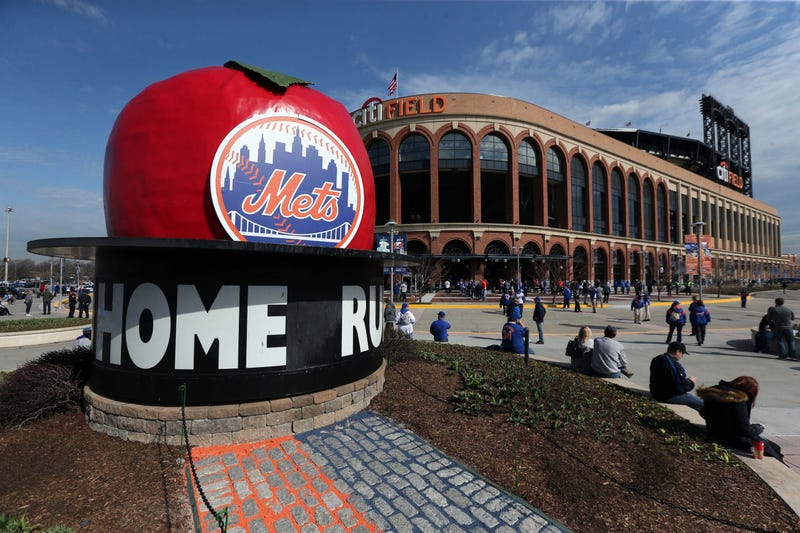 NEW YORK (WCBS 880) — After a week on the road, the Mets came back home Thursday to kick off baseball in Queens.

Unfortunately, it wasn't quite the start that Mets fans wanted. The team was shutout by the Washington Nationals in their home opener.

Some fans pointed to the short turnaround leading up to the game as a reason this team came out looking flat.

“I blame Major League Baseball. The Mets had too late of a game last night in Florida, they flew them home, got to bed at 1, 2 in the morning, then they get out here early today,” said one fan who adds, “they rip off the fans when they do that because this was not a game.”

Though, manager Mickey Callaway doesn't think the players were fatigued and said the biggest issue was that the team didn’t get the “big hits at the right time.”

It’s still early in the season and some fans remain optimistic.

One fan pointed out that the team is currently boasting a 5-2 record.

Another said the team was having a “great start” to the 2019 season and despite the loss, there’s still a lot of positives that came from the game.

“Our starting pitching is phenomenal. I think, you know, we probably got the best starting five in the National League East,” he said.

As WCBS 880’s Kevin Rincon reports, Noah Syndergaard had another solid day, only allowing one hit, and the attendance for the home opener was the second largest ever for a regular season game.

It was the first home opener shutout for the Amazin’s since 1985.

Festivities kicked off about 35 minutes before the game with the traditional Shea family floral presentation and the team also took a moment to honor 1969 Mets manager Gil Hodges, on what would have been his 95th birthday.

Hodges served in the Marines in World War II and had a reputation for being tough.

First baseman Ed Kranepool played more games in a Mets uniform than any other player. He feels Hodges changed the losing culture of the team.

“You know, he was a strict disciplinarian, but he was a great leader,” Kranepool said. “It’s because of his leadership that we really have changed everything around. We went from the last-place laughingstock to a championship team in ’69.”

Gil Hodges Jr. was joined by his wife and daughter to throw out the ceremonial first pitch to Kranepool at Thursday’s home opener.

The first pitch of the game was at 1:10 p.m., shortly after Broadway’s Micaela Diamond, of “The Cher Show,” performed the national anthem.

MORE: Best Ways To Get To Citi Field | What To Eat | Where To Drink

Mets manager Mickey Callaway spoke with WCBS 880 ahead of the team's home opener to say the best part about being back in Citi Field is seeing the fans and experiencing their excitement.

He says the team has worked hard while on the road for the past week, but “it’s great to be back in New York and at the best ballpark in New York.”

PHOTOS: From Shea To Citi

Meanwhile, pitcher Noah Syndergaard spoke to Ed Coleman about what it’s like to be back in Citi Field again and how exciting it’s been to watch newcomers like Pete Alonso make a name for themselves.

Note: The only way to hear Mets Gameday coverage n the team’s new flagship radio home is on your radio at 880AM. Due to MLB restrictions, Mets games are not broadcast on our online stream.