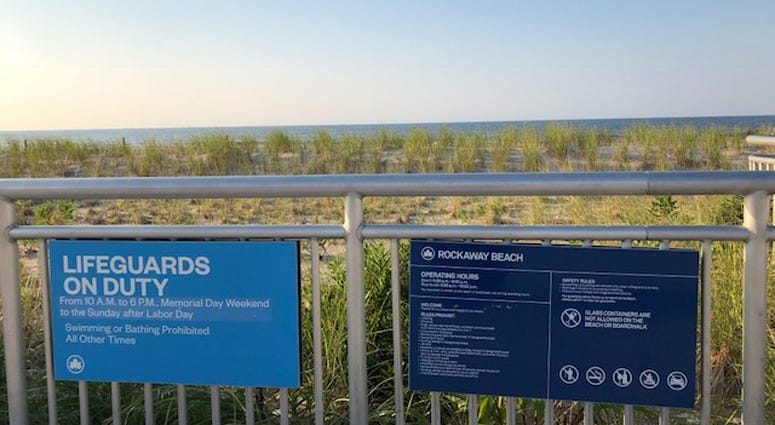 NEW YORK (WCBS 880) -- A hot day at the beach ended in tragedy after two teens decided to cool off in the ocean waves during a late night swim in the waters off Rockaway Beach on Tuesday.

A call was made to 911 reporting two swimmers in distress at Beach 59th Street and Beach Channel Drive around 8:30 p.m.

The teens got sucked out in a rip current.

Firefighter Brian Levings of Engine 265, who is also a lifeguard, dove in and rescued a 14-year-old boy who was 50 yards past the jetty.

"It's not normal, normally you see people flailing and it happens very fast. He almost looked unconscious, he was doing like a dead man's float, his eyes were closed," Levings said.

Levings and Firefighter James Hayden of Ladder 121 rescued the teen and then searched for an 18-year-old who disappeared beneath the surface. His body washed up near a rock jetty overnight near Beach 61st Street.

"Extremely dangerous water last night with the wind swell, the rip current was moving extremely fast, so if you can't swim and you're not confident you should not be in that water at all," Hayden said.

There were no lifeguards on duty at the time. They leave for the day at 6 p.m.