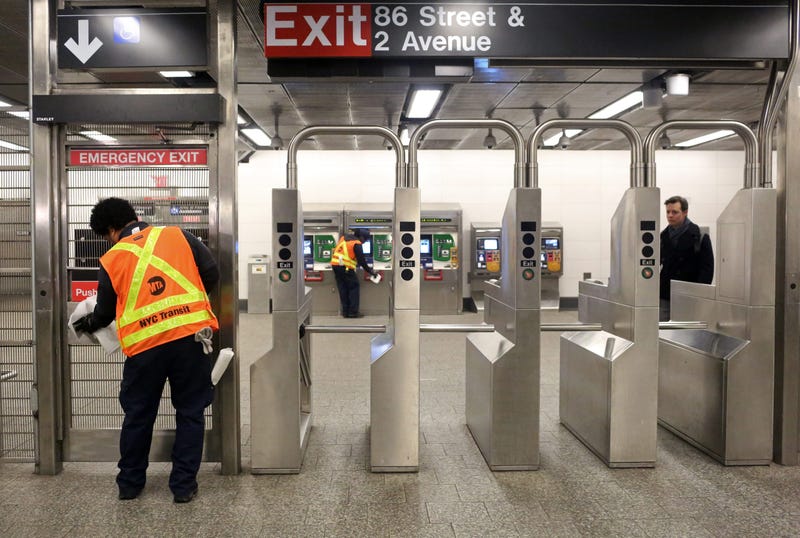 NEW YORK (WCBS 880) -- A city councilmember on Saturday accused the MTA of neglecting poorer communities in its coronavirus-related cleaning, while the MTA is vehemently defending itself.

Manhattan City Councilmember Ydanis Rodriguez appeared in the Bronx district where he’s running for Congress to say the MTA isn’t cleaning stations in poorer communities like it is wealthier neighborhoods.

“The most important call that I’m making is for the MTA to add more men and women, not only to rely with the same number of people we had before this virus,” Rodriguez said.

He said the first stations to fall by the wayside are always the ones in poorer areas.

Rodriguez and MTA spokesman Tim Minton got into a heated exchange during Rodriguez’s news conference.

“Political grandstanding in the middle of a public health outbreak is irresponsible sir, and reckless,” Minton said, to which Rodriguez responded: “No it is Irresponsible for you not to understand that poor neighborhoods have never been treated the same.”

Minton told WCBS 880 that all 472 subway stations have been getting disinfected every night. He said handrails, station booths, turnstiles and MetroCard vending machines are all getting cleaned. “Everywhere the public is touching,” he said.

“Any suggestions that the employees are not doing their jobs is reckless. It’s uninformed and it’s inaccurate, and frankly, it’s bizarre,” Minton said.