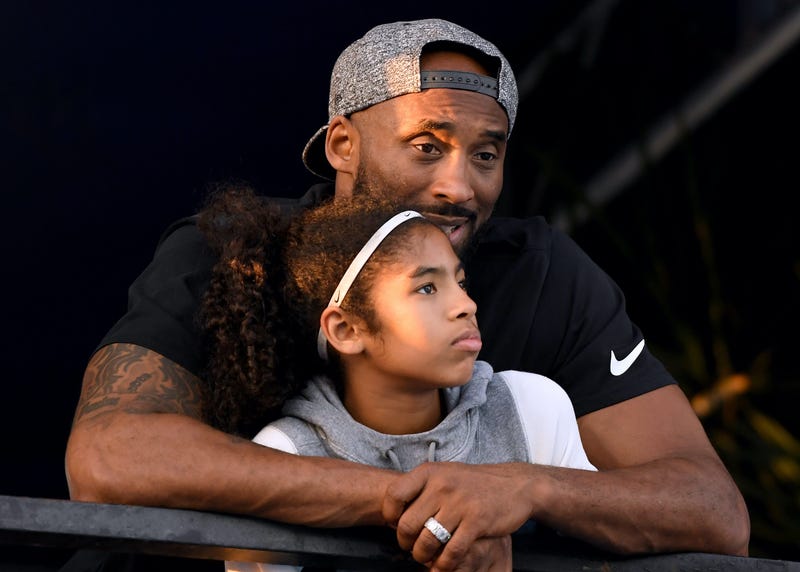 LOS ANGELES (WCBS 880) – NBA legend Kobe Bryant, considered one of the best basketball players of all time, and his daughter were killed in a helicopter crash near Los Angeles on Sunday.

Bryant, his 13-year-old daughter Gianna and seven other people were aboard the helicopter when it crashed in Calabasas, about 30 miles northwest of downtown Los Angeles, sources told multiple outlets, including the Associated Press. Police wouldn't confirm that Bryant and his daughter were killed, saying a medical examiner will determine who died.

There were no survivors, according to the Los Angeles County Sheriff's Office. Federal Aviation Administration spokesman Allen Kenitzer said it was a Sikorsky S-76 and it was not known what caused the crash. The National Transportation Safety Board was at the scene.

Bryant and his daughter were on their way to a basketball game when the helicopter went down. Another player and parent were also aboard, as was the pilot, according to ESPN.

The helicopter crashed and burst into flames in a grassy area. Photos from the Los Angeles County Sheriff's Office show smoke billowing from the foggy hills of Calabasas.

Colin Storm was in his living room in Calabasas when he heard “what sounded like a low-flying airplane or helicopter.”

“Ït was very foggy so we couldn’t see anything,” he said. “But then we heard some sputtering, and then a boom.”

A short time later the fog cleared a bit and Storm could see smoke rising from the hillside in front of his home. 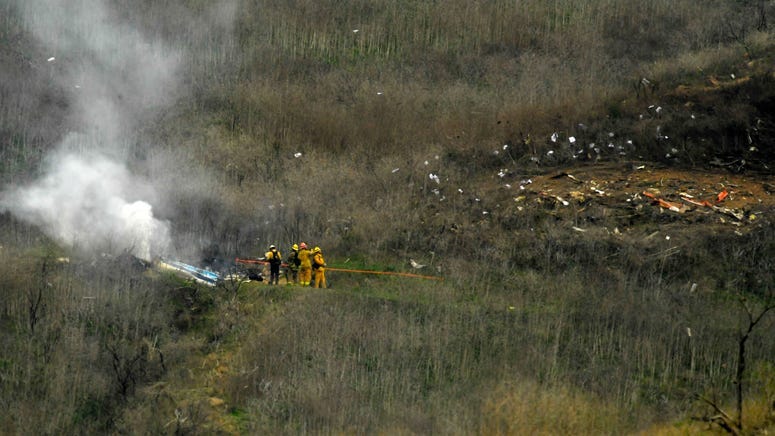 A Southern California community college baseball coach, his wife and daughter were among those killed in the crash.

John Altobelli’s brother, Tony, is the sports information director at the school. He said his 56-year-old brother died along with his wife, Keri, and daughter, Alyssa, who was about 13 and played on the same basketball team as Bryant’s daughter, Gianna.

Bryant's wife, Vanessa Bryant, was reportedly not aboard the helicopter at the time. The two of them have four daughters—Gianna, Natalia, Bianca and newborn Capri.

Bryant retired in 2016 as the third-leading scorer in NBA history, finishing two decades with the Lakers as a prolific scorer with a sublime all-around game and a relentless competitive ethic. He held that spot in the league scoring ranks until Saturday night, when the Lakers’ LeBron James passed him for third place during a game in Philadelphia, Bryant’s hometown.

“Continuing to move the game forward (at)KingJames,” Bryant wrote in his last tweet. “Much respect my brother.”

Continuing to move the game forward @KingJames. Much respect my brother 💪🏾 #33644

Reactions have been pouring in from the sports world and beyond, including from Shaquille O'Neal, Kareem Abdul-Jabbar, Dwayne Wade, Tom Brady and President Donald Trump.

There’s no words to express the pain Im going through with this tragedy of loosing my neice Gigi & my brother @kobebryant I love u and u will be missed. My condolences goes out to the Bryant family and the families of the other passengers on board. IM SICK RIGHT NOW pic.twitter.com/pigHywq3c1

Most people will remember Kobe as the magnificent athlete who inspired a whole generation of basketball players. But I will always remember him as a man who was much more than an athlete. pic.twitter.com/9EZuwk8wrV

Kobe was a legend on the court and just getting started in what would have been just as meaningful a second act. To lose Gianna is even more heartbreaking to us as parents. Michelle and I send love and prayers to Vanessa and the entire Bryant family on an unthinkable day.

Kobe Bryant, despite being one of the truly great basketball players of all time, was just getting started in life. He loved his family so much, and had such strong passion for the future. The loss of his beautiful daughter, Gianna, makes this moment even more devastating....

Madison Square Garden was lit purple and gold, the color of the Lakers, in honor of Bryant. Fans inside and outside the arena paid tribute to him at Sunday's Knicks–Nets game.

Crews at the Staples Center were draping black curtains over the rest of the retired jerseys so that only Bryant's two jerseys would be highlighted during a Grammys tribute.

Bryant had one of the greatest careers in recent NBA history and became one of the game’s most popular players as the face of the 16-time NBA champion Lakers franchise. He was the league MVP in 2008 and a two-time NBA scoring champion, and he earned 12 selections to the NBA’s All-Defensive teams.

Bryant retired in 2016 after scoring 60 points in his final NBA game.

Bryant looms large over the current generation of NBA players. After James passed Bryant on Saturday, he remembered listening to Bryant when the superstar came to speak at a childhood basketball camp.

“I remember one thing he said: If you want to be great at it, or want to be one of the greats, you’ve got to put the work in,” James said. “There’s no substitution for work.”

James later teamed up with Bryant on the 2008 U.S. Olympic team in Beijing.

“He had zero flaws offensively,” James said. “Zero. You backed off of him, he could shoot the 3. You body him up a little bit, he could go around you. He could shoot from mid-range. He could post. He could make free throws. ... He was just immortal offensively because of his skill set and his work ethic.”

Bryant was a basketball superstar for his entire adult life. He entered the NBA draft straight out of high school in 1996 after a childhood spent partly in Italy, where his father, former NBA player Joe “Jellybean” Bryant, played professionally.

The Lakers acquired the 17-year-old Bryant in a trade shortly after Charlotte drafted him, and he immediately became one of the most exciting and intriguing players in the sport alongside O’Neal, who had signed with the Lakers as a free agent. Bryant won the Slam Dunk Contest as an upstart rookie, and the Lakers gradually grew into a team that won three consecutive championships.

(The Associated Press contributed to this report.)