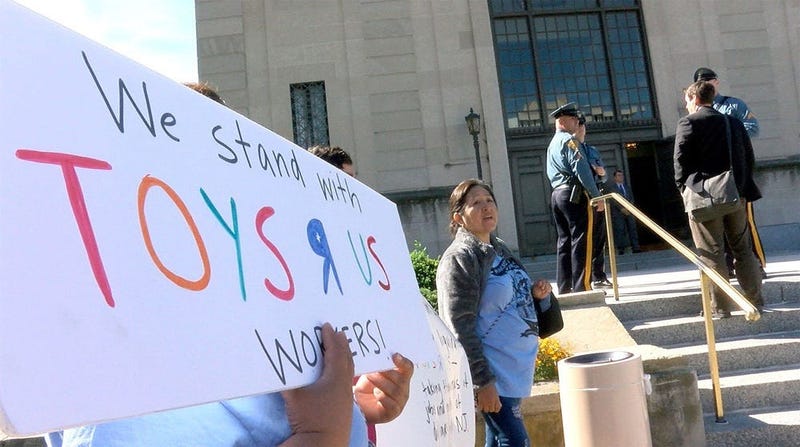 The proposed bill will give significantly more severance to workers and more notice prior to losing their jobs.

It comes in the wake of the Toys “R” Us layoffs, which was headquartered in Wayne and closed its doors in 2018.

As WCBS 880’s Mike Sugerman reports, roughly 2,000 workers lost their jobs and only received severance after the public put pressure on the bankrupt toy store, after it was revealed that executives were given “golden parachutes.”

“The first people to protect must be the employees,” said state Sen. Nellie Pou. “Not just the top executives.”

Pou sponsors the bill that would give workers at big companies a 90-day notice before layoffs, as opposed to the current 60-day notice.

The bill also proposes providing severance pay that would be treated like wages that an employee “earned in full.”

However, businesses in the state are not happy about the proposal.

“That would make New Jersey, yet again, an unfortunate outlier, which is really challenging us in what is the worst business climate in the country,” said Bob Constantine of the New Jersey Business and Industry Association.

He says the state already has an extremely high corporate business tax, the most paid sick leave in the country and a $15 minimum wage.

This new severance idea, he says, would drive even more business away.