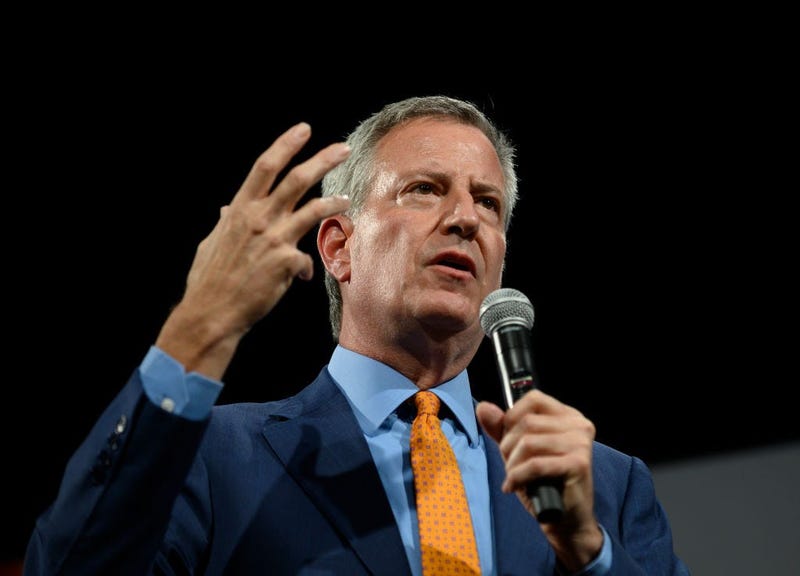 Mayor Bill de Blasio announced the legal action early in the day, claiming New Yorkers under the age of 21 were easily able to buy vaping products from 22 online retailers.

RELATED:Vape Detection Devices Being Installed In Schools Across LI

Investigators from the New York City's Sheriff's Office and the city's law department checked the sites and found extremely relaxed age verifications, or none at all. Investigators said they were able to purchase products even after marking that they were under the age of 21.

New York City claims some of the 22 retailers have been previously cited by the Food and Drug Administration for illegally selling to minors.

Messages seeking comment were left with two companies named in the suit: Artisan Vapers and Central Vapers. They have yet to respond.

The lawsuit comes one day after officials confirmed a 17-year-old from the Bronx was New York State’s first vaping-related death, and a week after a 19-year-old from Long Island also sued Juul, claiming he became addicted to nicotine because Juul marketed products to him when he was just 15-years-old.

According to the Centers for Disease Control and Prevention, at least 18 other deaths have been tied to vaping, along with more than 1,080 lung injuries.

The Department of Health reports at least 110 people in New York State have been affected by the mysterious lung illness connected to vaping.

Last month, a state panel approved an emergency ban on the sale of flavored vaping products. It was set to go into effect on Oct. 4, but was blocked when a court ruled in favor of the vaping industry, which sued the state over the rule change.