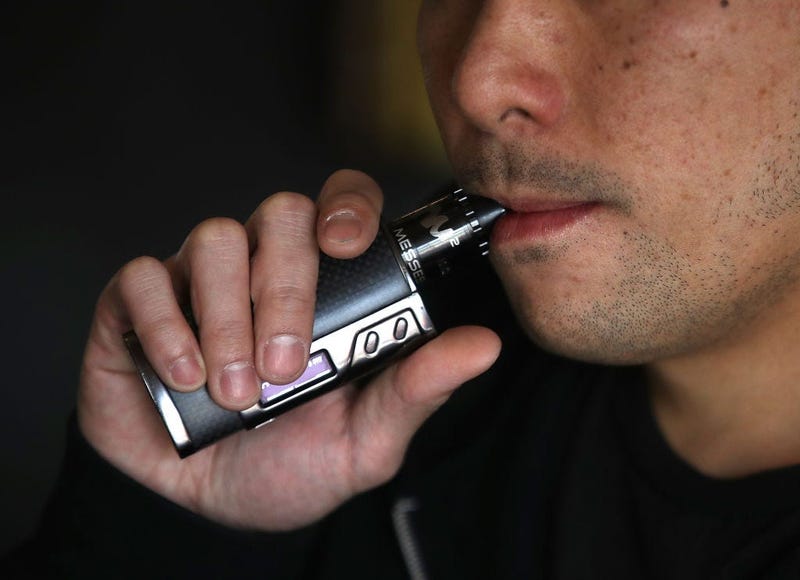 NEW YORK (WCBS 880) — As the death toll from vaping-related illness grew to nine on Tuesday, lawmakers began looking for creative solutions to curb the “epidemic of youth vaping.”

U.S. health officials are still struggling to figure out the cause of a lung disease that has sickened 530 people across the nation and killed nine. The latest death was reported in Kansas and was the second death reported in the state.

The Centers for Disease Control and Prevention has already issued a nationwide warning, telling all Americans to stop using e-cigarettes as federal health officials investigate the mysterious illness.

“People are dying from vaping and there’s hundreds of new cases each week of serious and fatal lung injuries from vaping,” Kansas Department of Health and Environment Secretary Dr. Lee Norman said in a video. “We used to think that vaping was a fairly straight forward way for people to ween off nicotine, but with young people vaping now, and even older people doing it, there’s lots of illnesses and curiously we don’t know with 100% certainty what’s causing it.”

On Long Island, Suffolk County authorities are stepping up enforcement to make sure teenagers do not have access to e-cigarettes or other vaping products.

Police Commissioner Geraldine Hart says officers have been conducting undercover stings across the county to see if employees at vape shops are selling the products to minors.

“We initiated ‘Operation Vape Out’ to check the compliance of 137 businesses throughout our seven police precincts. We used under age agents,” she said. “Of those checked, 30 people sold vape products to minors.”

She adds that the health department is offering programs to educate teenagers and children about the dangers of vaping.

He’s proposed censors that could electronically disable e-cigarettes if a teenager is found using the vaping devices at school.

The censors would act like smoke detectors, picking up odorless vapors and sending alerts to school officials.

"There's no way the FDA can't require these vaping companies to develop and add one-way communication technology, basically chips, into new e-cigarettes, so we can effectively jam these e-cigarettes in the schools,” he said.

Gottheimer is essentially calling for a “war” on youth vaping and has supported a federal ban on all flavored e-cigarettes, raising the age to buy the products to 21 and prohibiting the sale of all online tobacco products.