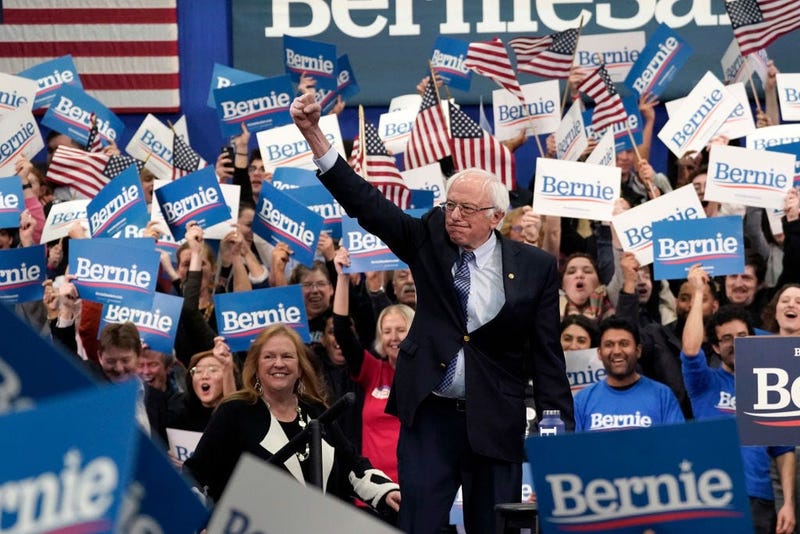 After a tight race, Sanders came out on top with over 69,000 votes in the first-in-the-nation Democratic primary. In second place was former South Bend, Indiana Mayor Pete Buttigieg followed by Minnesota Sen. Amy Klobuchar.

Shortly after a number of outlets began to call the race, Sanders took to Twitter to declare his victory.

We just won the New Hampshire primary. What we have done together here is nothing short of the beginning of a political revolution. Join us live at our primary night rally in Manchester! https://t.co/OmKd1xIumv

"We are going to unite together and defeat the most dangerous president in the modern history of this country," he told a cheering crowd of supporters in Manchester. "The reason I believe we are going to win is that we have an unprecedented grassroots movement from coast to coast of millions of people. The reason that we are going to win is that we are putting together an unprecedented multi-generational, multi-racial political movement. And this is a movement from coast to coast, which is demanding that we finally have an economy and a government that works for all of us, not wealthy campaign contributors."

CBS News estimates Sanders and Buttigieg will each win nine of the 24 delegates up for grabs.

WATCH: @KevRincon and @peterhaskell880 break the news on-air and p