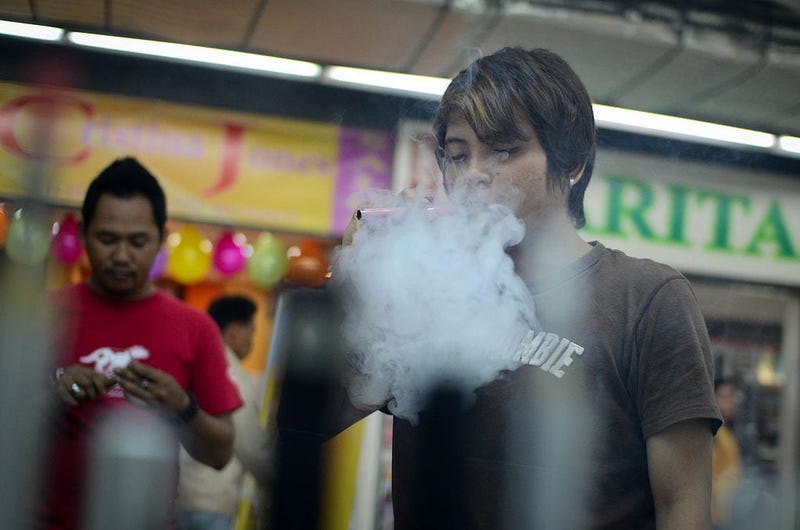 The teenager’s death adds pressure on the Centers for Disease Control and Prevention and the U.S. Food and Drug Administration to determine the cause of the lung injuries related to vaping, which has caused over 1,000 illnesses and nearly 20 deaths nationwide since August.

The 17-year-old died at Montefiore Medical Center on Friday after being sickened by vaping products containing THC – the chemical that gives marijuana its high. His death was connected to the vaping-related illness by the medical examiner on Tuesday.

The Department of Health reports at least 110 people in New York State have been affected by the mysterious lung illness connected to vaping.

News of the teenager’s death comes on the same day that a group of high school students on Long Island joined Sen. Chuck Schumer to call for a nationwide ban on flavored vaping products.

As WCBS 880’s Sophia Hall reported, the assembly began with the principal of Great Neck South High School sharing a story about a teenager he knows who has become very ill because of vaping. Then, those within the student government began a campaign to inform their peers about the dangers of using an e-cigarette.

“A personal experience, I was at a party the other day – and this was outside of a school setting – where someone was talking about that and someone else actually said, ‘Don't do that, it's bad for you bro,’ and I was just very impressed to see something like that,” said senior Aryaman Bahri.

Sen. Schumer once again called for a federal ban on all flavored vaping products while pointing to three examples of some that he said were obviously being marketed towards children and teenagers.

“One is called ‘Drip and Whip.’ One is called ‘Vanilla Milk and Cookies.’ And one is called ‘Candy Cane.’ Do you think they're aiming those flavors at 65-year-olds? I doubt it,” he said.

While announcing the news of the death, Gov. Cuomo also noted that he wants parents, and especially their children to understand the consequences of these cigarettes, saying they're basically nicotine delivery systems.

“It is an addiction that you will fight for your entire life. That's best case. Worst case is you vape and it kills you,” Cuomo said.

Last month, a state panel approved an emergency ban on the sale of flavored vaping products. It was set to go into effect on Oct. 4, but was blocked when a court ruled in favor of the vaping industry, which sued the state over the rule change.

States such as Michigan, Massachusetts and Rhode Island have also moved to ban the sale of flavored vaping products.

President Donald Trump over the summer also said the government would consider a federal ban.