Couple Peter and Pauline Caliendo and Manuel Alarcon filed the lawsuit on Tuesday, claiming Carolina and her girlfriend, Michelle Diaz, defamed them by labeling them as racist during a spat at a Long Island beach. 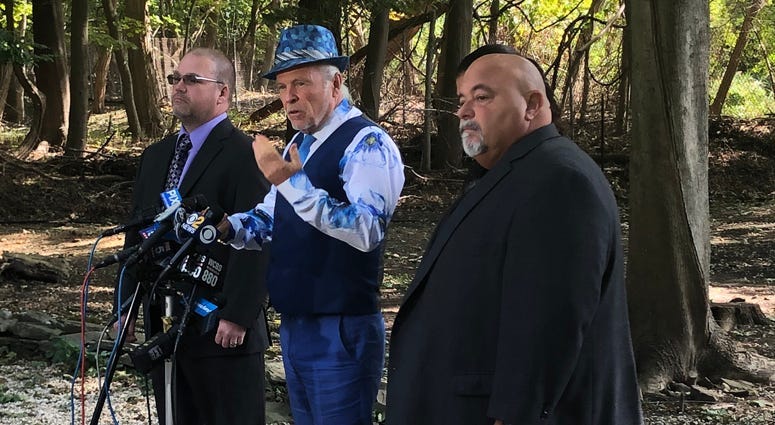 “It happened so fast, I mean, we’re just sitting there relaxing and all at once, we’re being attacked,” Peter Caliendo said.

The three Long Islanders say the incident began when they asked Carolina and Diaz to move a vehicle they claim was illegally parked at Smith Point Beach. Then things escalated quickly.

Carolina recorded the altercation, in which she and Diaz called the three homophobic and racist. When posting the video online, Carolina and Diaz say the three Long Islanders also threatened them with a gun.

Though, the group says that’s not the case and they were only harassed because one of them was wearing a “Make America Great Again” baseball cap. They say Carolina and her girlfriend assaulted them, spit on them and defamed them. Though they called the police, the couple was gone by the time officers arrived.

“Oh my God, no. No, we are not racists, we’re not homophobes,” Caliendo said.

Addressing the situation, Cardi B in a tweet said, "Nooooo that big pink man was harassing my sister girlfriend to move her car for no reason and then my sister came there had a back and forth and they stood quit when she Wip that phone out .They was harassing 2 Women !"

In a lawsuit, the three say the video flooded social media, making them look bad. The group says Cardi B, Carolina and Diaz edited the video to falsely paint them as racists.

Attorney Jon Ray is suing the couple and Cardi B for sharing the video and speaking about the incident on social media for possible profit, without asking permission.

You wanna know why joe gotta talk to me Candice cause I have the #1 song & yet my sister can’t go to the beach in the Hampton’s wit out trump supporters harassing cause they were by themselves & Santa Claus was harassing my sis GF all because they are a Afro/Hispanic gay couple https://t.co/OLQX2mrzbp pic.twitter.com/ISfJStODme

Ray says the group have had their reputations ruined and added that they live in fear after “real threats of harm” were made. He said they are seeking substantial damages in the lawsuit.

Cardi B and Carolina have not returned multiple requests for comment.