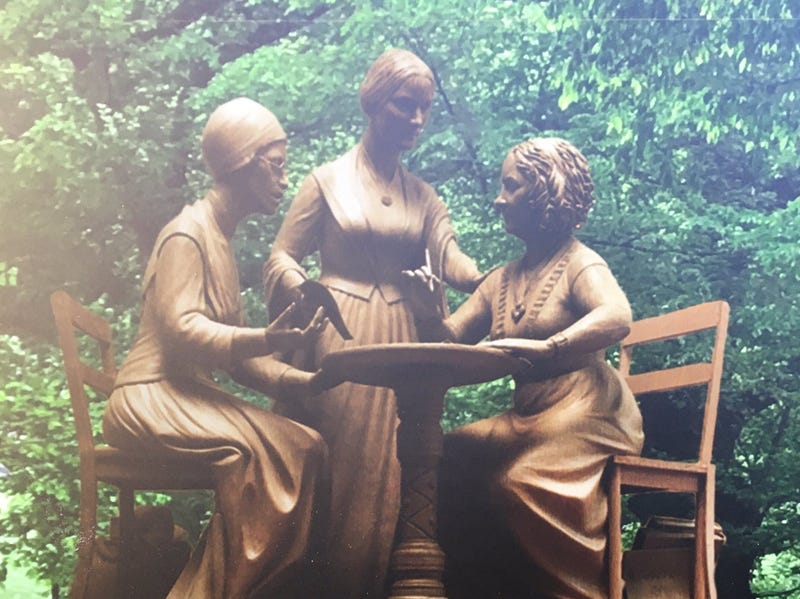 After a six year battle, a city commission voted to create a statue that will honor three civil rights pioneers: Susan B. Anthony, Elizabeth Cady Stanton and Sojourner Truth.

“The park has statues of ‘Alice in Wonderland,’ ‘Mother Goose,’ Juliet with Romeo, lots of angels and nymphs. But no real women, until now,” noted Pam Elam, president of the non-profit, Monumental Women.

The sculpture is designed by a female artist, Meredith Bergmann and is expected to be unveiled next August, when the city will mark the 100th anniversary of women’s suffrage in the United States.

The sculpture will break what some have dubbed the “bronze ceiling” in the 166-year-old urban oasis.

The final approval came from the Public Design Commission, an agency that reviews artworks on city-owned property.