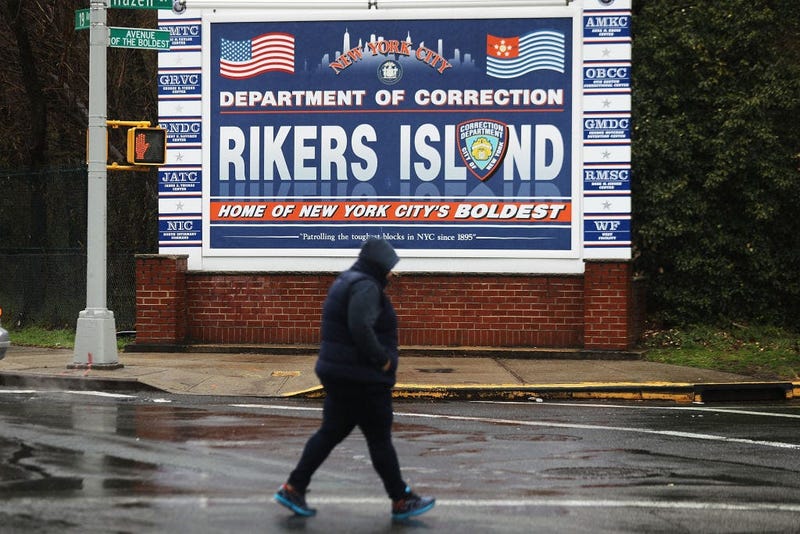 NEW YORK (WCBS 880) — The City Council on Thursday approved a plan to close the Rikers Island jail complex and replace it with four smaller, borough-based prisons.

The council seemed to overwhelmingly support the plan with a 36-13 vote.

With the City Council’s greenlight, Mayor Bill de Blasio’s administration can move forward with its schedule to shut down the prison complex by 2026 and replace it with high-rise prisons in Manhattan, Brooklyn, Queens and the Bronx.

“Today's vote allows us to close Rikers Island complex, to overhaul antiquated jails and to signify that we are able to transform this entire system in a way that seemed impossible a decade ago,” said Manhattan Councilman Keith Powers.

He called the council’s actions on Thursday “monumental” and “historic.”

Prior to the vote, dozens of former Rikers Island inmates testified before the council in support of closing the jail.

"It was honestly dehumanizing. Every night that I went to sleep, I had to worry that I was possibly gonna be raped by an officer and there was nothing that I could do about it, and it really perpetuated the trauma I experienced as a child, because I was abused as a child," said Kandra Clark, who served time at Rikers while awaiting trial.

After the City Council's approval, Manhattan Councilman Stephen Levin spoke to WCBS 880 to talk about what he believed was a victory after a "yearlong effort to close Rikers."

“Rikers Island has been a symbol of brutality, of isolation and of really terrible conditions in our city. It’s a notorious jail throughout the country and for far too long that has been the symbol of our jails in New York City, and really our criminal justice system,” he said.

He says the four new jails are going to be significantly better because the complexes will be “much, much smaller” and will allow the criminal justice system the ability to pay closer attention to the conditions that prisoners are subjected to.

However, there are still plenty of people who oppose the plan and worry the new prisons will create more problems than they solve.

Councilman Andy King, who represents the Bronx, where the community have vehemently opposed the plan, said the plan will “take the agenda of a few and make it the reality of a mass.”

“When we start talking about building borough-based jails, as I call 'Incarceration 2.0,'" King said. "The brick-and-mortar is not the problem, it's the system and the programs that have been flawed for years that allow Rikers to become whatever culture that it is, but it's not the building.”

Mayor Bill de Blasio said a significant reduction in the prison population will enable the city to build smaller jails in neighborhoods closer to the courthouses, but opponents say the plan relies too heavily on a continued drop in prisoners and they worry what may happen in crime rates in the city increase in the future.

In a compromise, the city has agreed to scale back the size of the jails in Chinatown, Kew Gardens, Boerum Hill and Mott Haven. None of the facilities will be more than 29-stories tall.