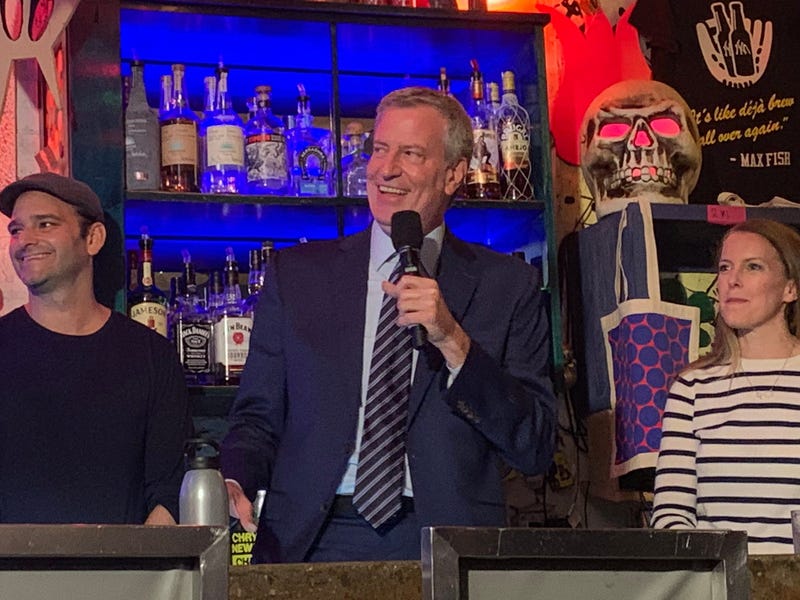 NEW YORK (WCBS 880) — Mayor Bill de Blasio on Tuesday announced the city would be cracking down on partying in Manhattan’s Lower East Side.

Standing inside Max Fish, one of the 80 restaurants and bars along a six-block radius in the neighborhood, Mayor de Blasio said there will be some new efforts underway to keep things quiet and clean moving forward.

He said residents on the Lower East Side are often left cleaning up after visitors in the morning because of restaurants and bars that New Yorkers often flock to in the area.

“It should not be a choice between a vibrant, exciting nightlife industry or livable neighborhoods,” he said.

Moving forward, the mayor said the city will increase street sweeping in the areas to pick up trash left behind by partiers and more “no standing zones” will be added to streets to cut down on honking and noise pollution.

De Blasio said his favorite initiative: “Overnight there will be power washing, so the streets will be clean in the morning when you wake up.”

Visitors will also see messages on the LinkNYC kiosks reminding them that although the neighborhood is a popular nightlife destination, it’s still a home for someone else.

The mayor did not address concerns recently raised by Councilman Rafael Espinal who said the Office of Nightlife he helped create was drastically underfunded understaffed.

Espinal also worries that, as a result of the new initiatives, some establishments could face discriminatory enforcement.