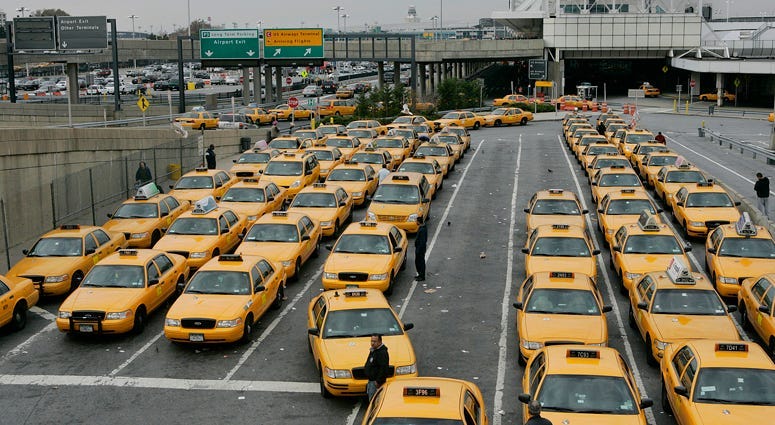 As WCBS 880’s Rich Lamb reports, because of the rise in ride-sharing companies, such as Uber and Lyft, the value of taxi medallions have been steadily declining. The sudden drop, however, has left thousands of yellow cab drivers drowning in debt.

Even if medallion owners get some financial help from the City Council, or sympathetic banks, under present IRS rules, debt relief is calculated as income – meaning medallion owners have to pay a huge tax based on what they've been forgiven.

However, a new piece of legislation is hoping work around that rule.

“This bill would ensure that this debt relief would be excluded from gross income for tax calculations, so that they would not have to pay,” explains Congressman Gregory Meeks.

Meeks notes that the bill has already generated support from both Democrats and Republicans, including the entire New York Congressional delegation.

The proposal comes just days after the city’s Medallion Task Force proposed a plan that recommends the city develop a private entity to buy out taxi medallion loans and refinance them.