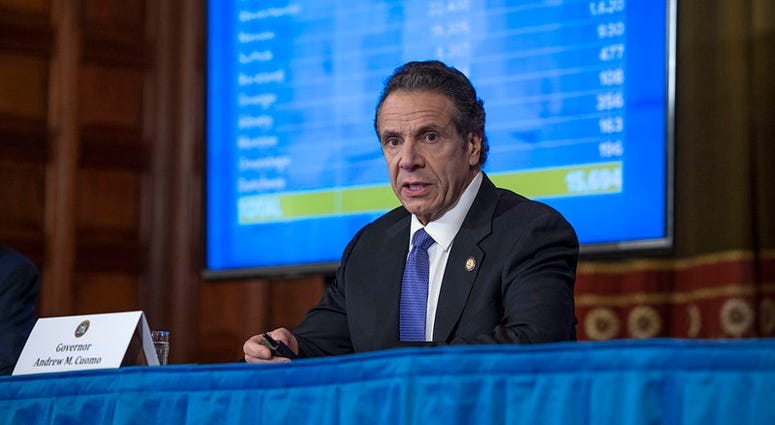 New York City has more than 57,000 cases, but the rapidly-rising numbers in Nassau, Westchester and Suffolk counties are "very concerning." 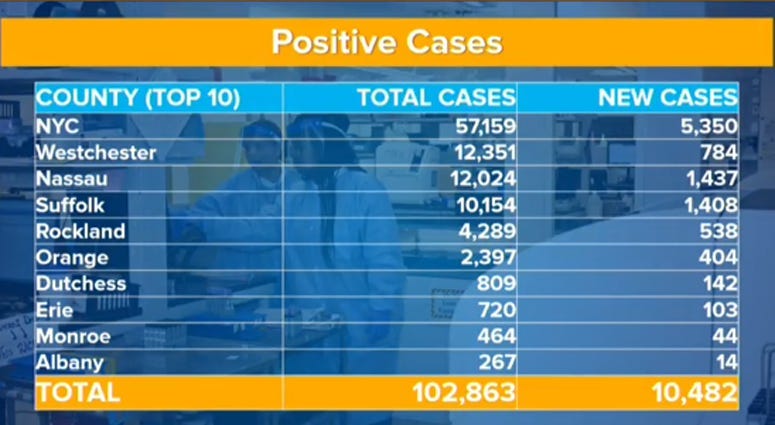 The Department of Defense said that while they understand this will elevate the risk of transmission to other patients and their medical providers, "This decision was risk-informed and made to ensure that DoD can continue to provide these local communities the type of medical care they most need.  Force health protection is a top priority and our medical professionals will have the required personal protective equipment needed for this mission."

With the ventilator stockpile at risk of running dry in at a matter of days, Cuomo said he is signing an executive order that will allow the state to take ventilators and personal protective equipment from hospitals upstate that don't need them and redeploy them to hospitals downstate that do. The equipment will be returned or reimbursed.

"I'm not going to be in a position where people are dying and we have several hundred ventilators in our own state somewhere else," Cuomo said.

"Am I seizing seizing ventilators? No, I'm taking excess equipment to save lives," Cuomo said. "It's about doing the right thing.... This is hard personally, it's hard to go through this all day and it's hard to stay up all night watching those numbers in deaths come in and know that you're in charge of the ship at this time."

National Guard members will pick up the ventilators for use downstate.

"Hospitals upstate that have capacity and have equipment where they do not have this issue at the moment, the policy of having them send extra equipment downstate is appropriat," Dowling told WCBS 880. "That's the way you have to work in a situation like this, you have to share for the overall public good."

Dowling, who has been charged with increasing hospital capacity across the state, said every hospital has completely changed since the virus first emerged in New York.

"There's no hospital that looks the same today as it looked a month ago. Every conceivable part of every hospital has been converted to beds and we're converting more space to beds because the volume of patients keeps increasing each and every day," Dowling said.

Meanwhile, President Donald Trump on Friday announced the Department of Defense is providing 8.1 million N95 respirator masks to New York with 200,000 already being sent to New York City. The president said that number would be continuing the increase.

"The Empire State, the governor's doing an excellent job. They're all working very hard together," he said.

Trump made the comments before announcing the Centers for Disease Control and Prevention is now recommending Americans wear a face covering in public, echoing the recommendation Mayor Bill de Blasio made on Thursday.

Cuomo said it's fair to say that it might help, but he doesn't want New Yorkers to "get a false sense of security" and forgo social distancing, which officials say is the best way to mitigate the spread of the disease.

The governor also gave an update the condition of his brother, CNN anchor Chris Cuomo, who tested positive for the virus this week.

The governor said his brother is doing okay and called him "a living example of living with coronavirus." Gov. Cuomo said his brother will end up doing a great public service because his experience will demystify the virus for many people.