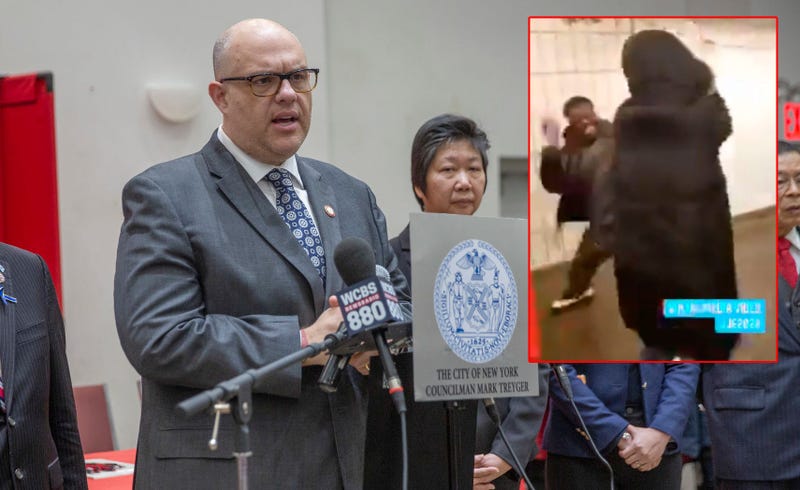 NEW YORK (WCBS 880) — As fears of coronavirus continue to grow, some are beginning to worry that the virus may be leading to an uptick in xenophobia.

City Councilman Mark Treyger says, at this point, the hate and fear surrounding the virus may be more dangerous to New Yorkers than the illness itself.

He notes that New Yorkers are already beginning to see attacks on the Asian community over the disease.

The video, shared by the NYPD’s hate crimes unit, shows an Asian woman wearing a face mask being violently attacked at the Grand Street station. The woman who filmed the video was also attacked when she attempted to stop the attacker.

The NYPD and the Hate Crime Task Force encourage the victim to report this incident to the police for a full investigation. https://t.co/4Qb4XHVj3Z

According to the woman who filmed the video, the victim tried to confront the attacker about his alleged use of a slur when he struck.

Treyger notes that the attack isn’t the first instance of hate since the coronavirus has begun to spark fears throughout the United States.

“I'm also hearing anecdotally from some schools that there has been an uptick in anti-Asian American slurs and I’m encouraging parents, school officials, to report every case because bullying of any kind is unacceptable,” the councilman said.

Councilmember Treyger is the chair of the Education Committee and he's calling on the schools to report and quickly follow-up on every case.