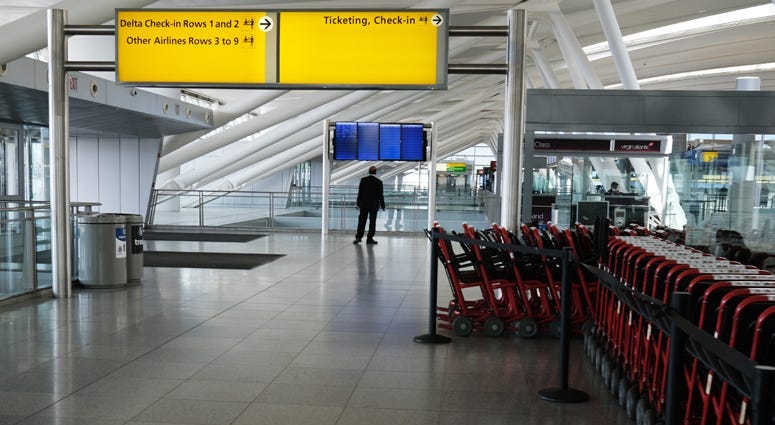 ALBANY, N.Y. (WCBS 880) — Gov. Andrew Cuomo is calling for federal probes into New York's ejection from trusted traveler security programs a day after the feds admitted there was no basis for the ban.

Back in February, the federal government booted New Yorkers from the programs, which allow vetted travelers to avoid long security lines at airports, saying it was taking the action because a newly enacted state law allowing unauthorized immigrants to get driver's licenses had cut off some federal access to state motor vehicle records.

In its announcement  Thursday, the U.S. Department of Homeland Security said it was reversing New York's expulsion from the program because the state legislature in April had amended the law to allow federal officials to access the records of people applying for trusted traveler status.

But in a court filing later Thursday, attorneys for the U.S. attorney's office in Manhattan, which had been representing the Department of Homeland Security in the legal fight over the state's expulsion, disclosed that federal officials had also misled the court about some key facts in the dispute.

The Trump administration had claimed that New York's policy limiting access to criminal history information found in motor vehicle records was unique among the states, and made it impossible to determine whether someone qualified for trusted status. In truth, several states plus Washington D.C. also don't provide access to driving history information, the lawyers wrote. And yet all of those states, including California, were allowed to remain in the program.

"Defendants deeply regret the foregoing inaccurate or misleading statements and apologize to the Court and plaintiffs for the need to make these corrections at this late stage in the litigation,'' the government attorneys wrote.

In a bombshell claim, Cuomo said Friday the state's early COVID-19 spike was a result of the Trump administration's decision to keep New Yorkers out of the expedited reentry programs.

Cuomo said the feds kept New Yorkers from skipping the line at border crossings at the same time coronavirus was coming to the state and he believes there's a link.

"They backed up the lines of people waiting to get through customs and border patrol in dense areas, in tight quarters waiting on a line because they were playing politics," Cuomo said, adding that those crowds could've led to the spread of the virus. "It is at the exact same time that we know that COVID is coming in on European flights and now you packed people into waiting rooms and on lines who didn't need to be on the line because you were playing politics."

The governor is now threatening a lawsuit and calling for an investigation by the Justice Department and Congress.

"It is illegal what they did," Cuomo said. "The federal government has total liability for COVID coming to New York."

"Nowhere in your oath of office does it say you can use government resources to advance political purposes," Cuomo said.

The governor said the state will pursue civil damages from Homeland Security.