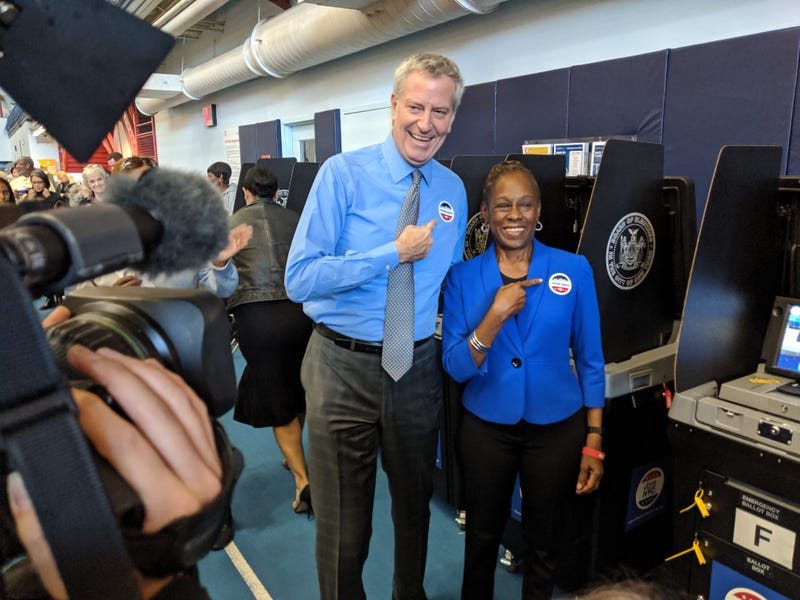 The pilot program is part of a new law passed in Albany which authorizes in-person early voting up to 10 days before an election.

Lawmakers throughout the state have urged voters to take advantage of the program and are hopeful that the program will bolster voter turnout.

Still, some parents have expressed concerns about strangers being allowed to freely enter school grounds in order to access polling sites at over 33 public schools throughout the state.

RELATED: How To Cast Your Ballot During Early Voting

Mayor Bill de Blasio, however, has seemed to brush off those concerns, saying the disruption will be minimal.

“If there's some of the activities that happen in school that sometimes won't be as good because of early voting, I would argue that in order to make our democracy work, that is a sacrifice worth making,” de Blasio said.

The mayor was among the first New York residents to cast his ballot during early voting on Saturday morning.

With the start of early voting in the state, New York joins 38 other states that already allow in-person voting up to 10 days before Election Day.

Implementing early voting this year is being considered a “dry run” ahead of the 2020 presidential and congressional elections.

Early voting will run until Sunday, Nov. 3 before the general election on Tuesday, Nov. 5.