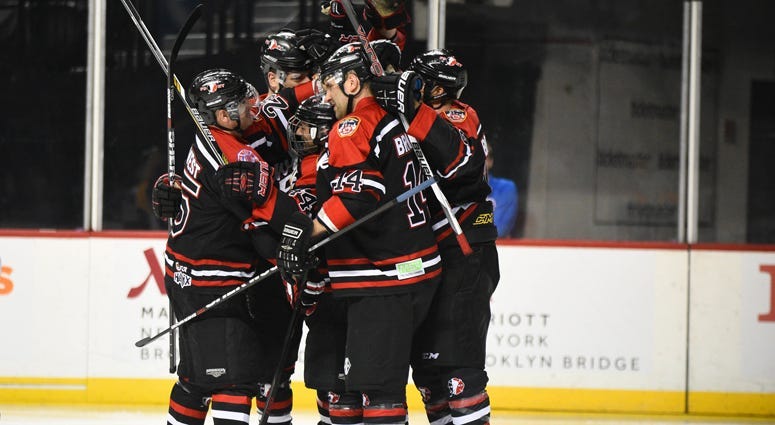 NEW YORK (WCBS 880) — It’ll be a battle of the badged on Saturday night when the FDNY hockey team takes on the Chicago Police Department for a 9/11 charity.

As WCBS 880’s Peter Haskell reports, the game came about as one might expect these days – with jousting on social media.

Rob Serra explains some of the digs included: “Whose pizza’s better and who’s better?”

He joked, “I don’t consider their pizza, pizza – but you know what I mean.”

Serra played on the team before a 9/11-related illness forced him to retire from the FDNY and the hockey team.

“I'm proud to support them and they support me. You know, they help me out a lot. They take me to my doctor visits and help take care of my family. So, they're a great group of guys,” the 9/11 first responder said. 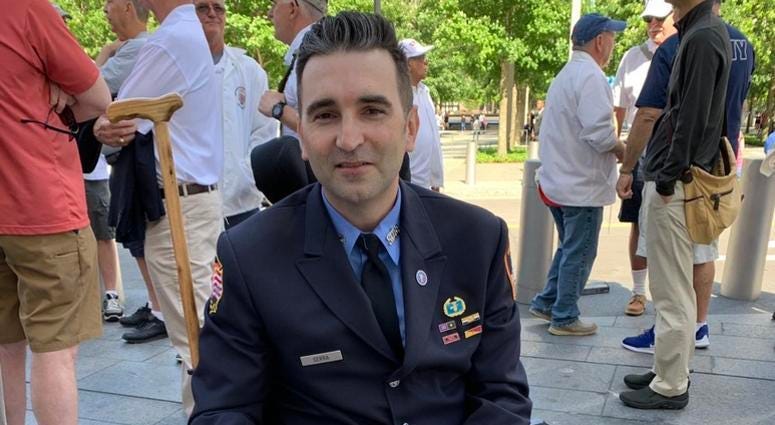 The game will raise money for the Ray Pfeifer Foundation, which helps sickened responders fill in the gaps that they may not be able to cover.

“They are a lot of things that just aren't covered, like motorized wheelchairs, hospital beds,” Serra explains.

The foundation provides funding to families who need such care, like Serra, who uses a wheelchair.

Pfeifer was also a team member before he died from a 9/11-related cancer.

The game begins at 6 p.m. Saturday at the Staten Island Skating Pavilion. Tickets are $5 and kids get in for free.