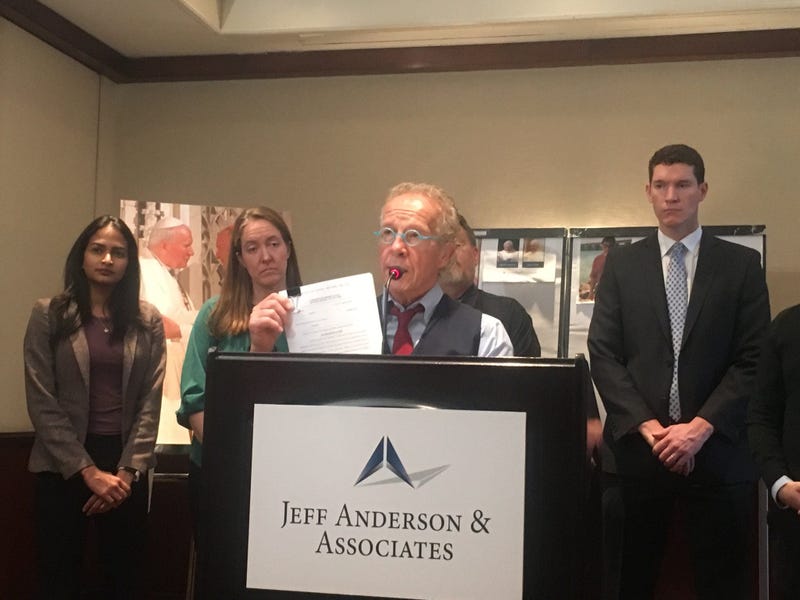 NEW YORK (WCBS 880) — A victim of priest sex abuse is suing the Vatican, alleging disgraced Cardinal Theodore McCarrick sexually abused him during a trip to his parish in the 1990s.

Attorney Jeff Anderson filed the lawsuit on behalf of 37-year-old John Bellocchio, who says McCarrick abused him when he was an altar boy at St. Francis of Assisi Roman Catholic Church in Hackensack.

Bellocchio was 14-year-old when the alleged abuse happened and said he felt “honored” to meet Cardinal McCarrick but was left scarred when the leader of the Newark Archdiocese allegedly assaulted him in the vestibule of the church.

The 37-year-old says he has suffered from anxiety ever since and has had panic attacks that sometimes demand medical attention.

Attorneys believe new sex abuse laws make this case is valid, unlike a 2001 suit that was not able to be served because of laws preventing individuals from suing a sovereign state.

The lawyers has tried several times unsuccessfully to sue The Holy See. He says this time they have evidence that another of McCarrick's alleged victims reported abuse to Pope John Paul II in 1988 – seven years before the plaintiff says he was abused.