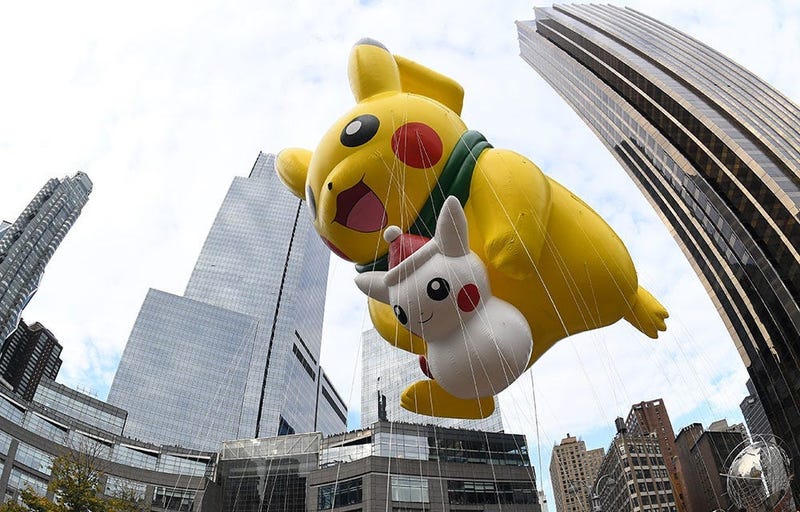 Macy's said the 94th annual celebration will shift to a television-only presentation that will still feature its famous giant character balloons, floats, and street performers "heralding the arrival of the holiday season with the one-and-only Santa Claus."

"It will not be the same parade we're used to, it will be a different kind of event," New York City Mayor Bill de Blasio said during his daily briefing Monday. "They're reinventing the event for this moment in history and you will be able to feel the spirit and the joy of that day on television, online, not a live parade, but something that will really give us that warmth and that great feeling we have on Thanksgiving Day."

“Macy’s believes in celebration and the joy of marking milestone moments with family and friends. The Macy’s Parade is our love letter and gift to the City of New York and the nation. Under the unique challenges of these unparalleled times, we felt it was important to continue this cherished holiday tradition that has been the opening act to the holiday season for generations of families,” said Susan Tercero, executive producer of Macy’s Thanksgiving Day Parade. “While it will certainly look different in execution, this year’s Macy’s Parade celebration will once again serve its historical purpose – to bring joy into the hearts of millions across the nation.”

De Blasio said the city has worked closely with Macy's on a "safe and creative" plan to keep the annual holiday tradition going.

Macy's said it has "meticulously reviewed every area of the Thanksgiving Day playbook to put in place enhanced health and safety practices that align with CDC guidelines, as well as local and state government protocols."

The following changes are being implemented:

Over the summer, Macy's also adjusted its annual fireworks display for the 4th of July. Fireworks were spread out across the five boroughs over several days in an attempt to deter mass gatherings.

A televised program featured highlights from the various fireworks displays along with a live event at the Empire State Building.

The parade is the latest large public event in the city to fall victim to the pandemic.

The Radio City Christmas Spectacular starring the world famous Rockettes has also been canceled for the first time since the show's debut in 1933.