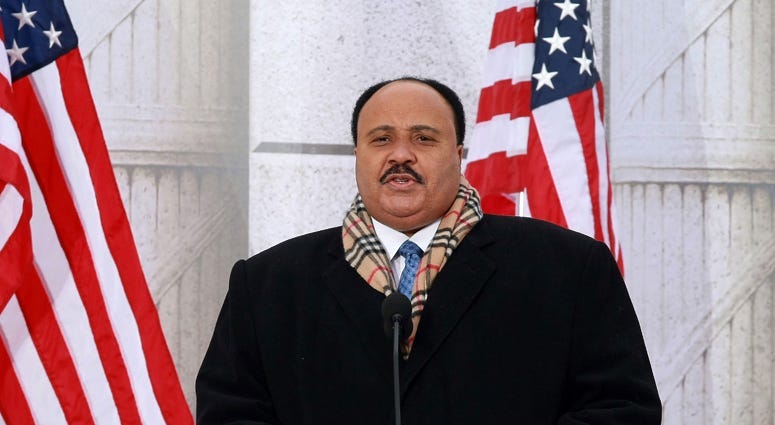 NEW YORK (WCBS 880) — Gov. Andrew Cuomo is enlisting the help of a prominent Civil Rights leader to ensure all New Yorkers fill out a 2020 census form regardless of their immigration status.

"Martin has dedicated his life to fighting for social, racial and economic justice. That is his crusade and he's done it extraordinarily well and we need him and his voice more today than we've needed anything in decades," Cuomo said.

The governor also said the state is making an additional $5 million available to help nonprofits reach at-risk and hard-to-count communities and ensure they are counted during the 2020 Census.

"It is everything;  if you are not counted, you don't count — period," said Cuomo. "We need you to sign people up in your organization and in your community."

The governor's office said the state has committed a total of to $70 million to ensure a fair and complete count of every New Yorker in the census.

King asked the clergy present at the event to take a pledge saying," Together, we will ensure that all New Yorkers are counted."

The Rev. Carmen Rivera, who ministers in Brooklyn's Sunset Park, said it's a tough sell.

"We have a lot of undocumented people," she said. "There's a lot of fear. We've had ICE come in and do all kinds of raids. We have had our community harassed."

Last month, the de Blasio administration launched a $40 million plan to get an accurate count for this year’s census.

In 2010, fewer than 62% of New Yorkers responded to the survey, in contrast to an average response rate of 76% nationwide.

The city has warned that another undercount would cost billions in federal funding, along with two seats in the House of Representatives.

The U.S. Census Bureau plans to try out a lot of new technology. It's the first once-a-decade census in which most people are being encouraged to answer questions via the internet. Later in the process, census workers who knock on the doors of homes that have not responded will use smartphones and a new mobile app to relay answers.

A government watchdog agency, the Census Bureau's inspector general and some lawmakers have grown concerned about whether the systems are ready for prime time. Most U.S. residents can start answering the questionnaire in March.

City Comptroller Scott Stringer also noted that getting an accurate count may be complicated by a lack of internet access. Last July, he said 2.2 million New Yorkers lack access to broadband internet in their homes, meaning nearly one-third of city households at risk of going uncounted.

The digital divide is highest among seniors, low-income neighborhoods and minority communities.

The Associated Press contributed to this report