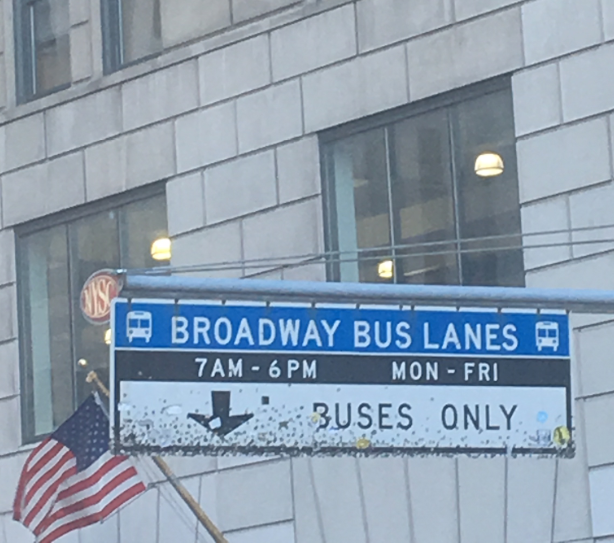 NEW YORK (WCBS 880) -- Mayor Bill de Blasio looked quizzical and asked "bubble gum?" after a reporter asked him if he'd heard that tourists on the second level of open double-decker buses had been slapping their chewed gum on street signs, then taking selfies.

"I want to talk to these people and understand why on Earth they think it is really cool to put bubble gum on a sign. I need to understand what is going on in these people's heads. Maybe we can analyze their psyche," the mayor said. "We could figure out a strategy to stop them. I'm like guys, I'm into Instagram but why is that cool?"

Signs such as one located on Broadway between Vesey and Barclay streets have been filled, by tourists, with used gum.

"I'm tall enough, I don't need to get on the bus to put the bubble gum up there but I must tell you in my whole life I never said,'Hey! Let me put my gum on that sign,'" de Blasio added.The Post reports that in 1939, then-Mayor Fiorello LaGuardia said it was costing the city “literally hundreds of millions of dollar a year to remove" gum from parks and city streets.