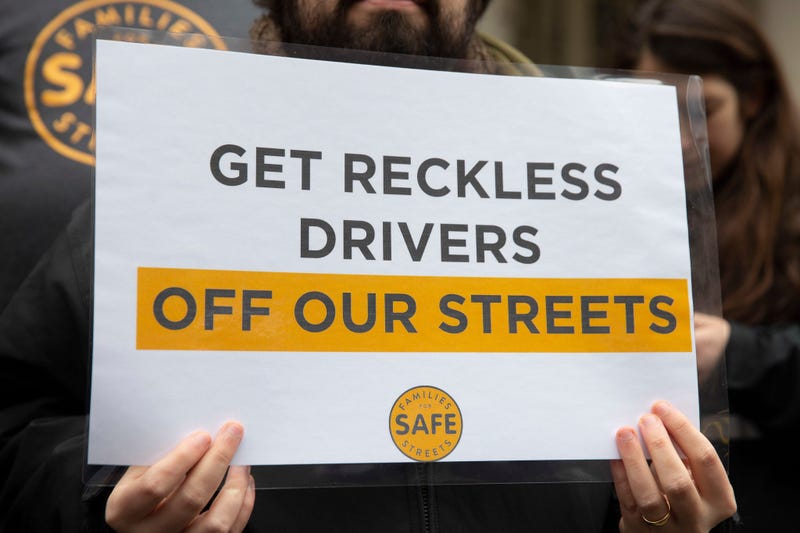 NEW YORK (WCBS 880) — Mayor Bill de Blasio on Wednesday signed a bill to crack down on drivers who repeatedly drive recklessly and break the law.

The Dangerous Vehicle Abatement Program, which was approved by the City Council last week, will mandate that any driver who racks up five red light tickets or 15 school speed zone violations within a one-year period must take a safe driving course.

If they fail to do so, the city will be allowed to seize or impound their vehicles.

“Today we take a profound step to get the most dangerous drivers off the road. No more playing around,” Mayor de Blasio said while signing the measure into law.

Any driver whose vehicle is impounded will be able to get them back once they complete the safety course.

“We’re putting human lives over property rights and we are telling people we are serious. You can't get it right with your car you are not gonna have your car. If you put New Yorkers in danger, we are getting you the hell off the road,” de Blasio said.

The legislation was introduced two years ago after a driver ran a red light in Park Slope, killing two children and injuring others – including a woman whose pregnancy was terminated as a result of the crash.

The driver had previous received 12 traffic violations over the course of two years.

The landmark new law is the first of its kind in the nation.