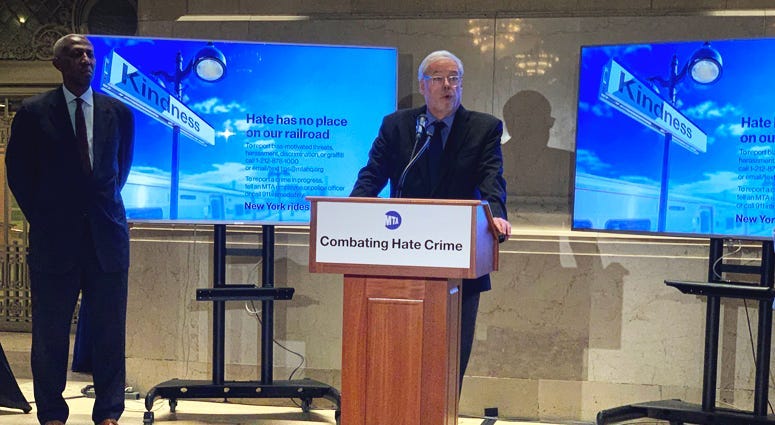 NEW YORK (WCBS 880) — The MTA on Monday unveiled a new campaign to fight hate crimes after a transgender woman was attacked on a subway platform in Washington Heights.

While one person has been arrested in connection to the assault on 26-year-old Serena Daniari, many transgender New Yorkers say they remain fearful of a similar attack.

She tells WCBS 880’s Mack Rosenberg that she has lived in the city since the 1990s, and though it’s not as bad as it used to be, she’s happy the MTA is raising awareness.

As part of the program, the MTA will run ads on 3,000 screens across the city’s subway and buses reading, “Hate has no place at the MTA.”

“The point of this campaign is to raise awareness first, perhaps in some cases to change behavior,” said MTA Chairman and CEO Pat Foye.

On the 75th anniversary of the liberation of Auschwitz, Foye noted that hate crimes rose 42% on the buses and subways in 2019, as compared to 2018.

“One of the lessons of the Holocaust is that it is important to take the early signs of hate into account and take them seriously and that's what we're doing,” he said. “We're raising consciousness by this, we're giving the public and transit workers the information as to how these hate crimes should be reported.”

Foye says New Yorkers should always call 911 if they witness any violent crimes on the city’s transit network.