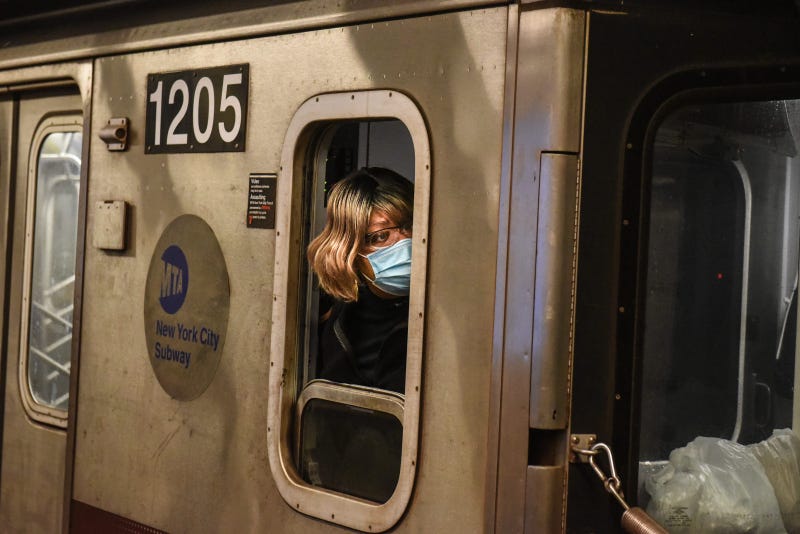 NEW YORK (WCBS 880) — The MTA plans to return to full service on Monday when New York City enters Phase 1 of the reopening process.

The service will be for essential workers that are returning to work under the first phase of opening. Foye says he hopes to avoid crowding on the trains, even though an estimate 400,000 will be returning to their jobs.

“We're requesting that employers consider staggering shifts and staggering days of business, at least in the beginning phases of the lifting of New York UNPAUSE to allow for remote work,” Foye said. “We're going to be applying floor markings and decals where possible to assist with social distancing at stations, we’ll be supplying hand sanitizer where possible to customers across the system and we're going to be deploying platform controllers, MTA Police and additional station personnel.”

In a letter to New York City, the chairman said the most important thing customers can do is wear a mask. He said it will be mandatory to wear a mask while utilizing mass transportation.

“Our employees are at 100% level wearing masks, the compliance by customers has been not quite that good but very high, but if customers on subways and buses and Long Island Rail Road, Metro-North for that reason wear masks, they will cut significantly the risk of infection to other passengers, to family and friends,” he told Wallace. “The importance of that can't be emphasized enough, and Governor (Andrew) Cuomo has made it a law that on public transit, everybody wears a mask. “

Foye says there is not much worry that non-essential workers will take to the subways and buses as he feels New Yorkers have mostly been compliant.

“I think New Yorkers have responded appropriately and heroically in being able to stop the spread of the virus at the flat curve. I think that most New Yorkers have heeded the Governor's advice and the MTA’s directive, that service on subways and buses be limited to essential workers and first responders, and we're counting on New Yorkers to continue to do that,” he said.

Meanwhile, overnight shutdowns will continue to make sure all train cars, buses and stations are thoroughly cleaned.

“That has played a really important role in the MTA being able to disinfect every one of our cars every night. It's also allowed the NYPD and the city Department of Homeless Services to provide medical and mental health, and shelter to the unsheltered. I think that program, the nighttime closing, has been a success and really flawlessly executed by Sarah Feinberg and her team,” Foye noted.

The subways will be closed every night from 1 a.m. until 5 a.m. for cleaning. During that time, bus service will significantly increase for workers that need to commute in the early hours of the morning.

In a letter to New Yorkers the MTA chairman said: “We all share a goal of safely reopening this city and ramping up service on our system. We will need all hands on deck to make this effort a success. Our partnership on the overnight closure has yielded positive results. We will need your help to ensure riders are social distancing as much as possible, deploying staff to platforms and reminding riders to move to less crowded portions of platforms and less crowded cars.”