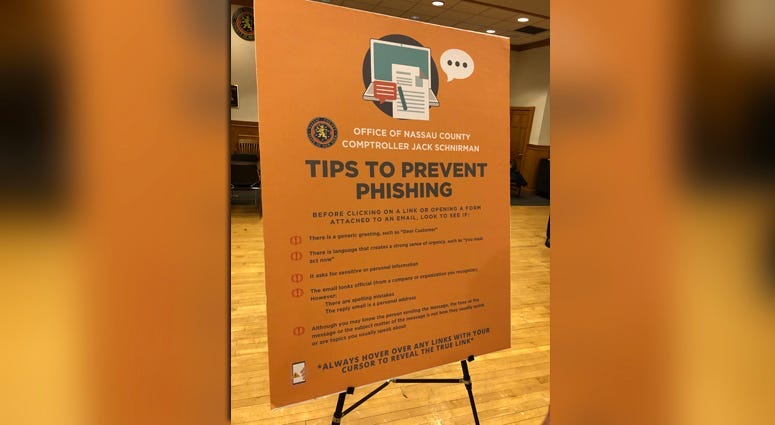 NEW YORK (WCBS 880) — Nassau County has recovered hundreds of thousands of dollars it had lost in a cyber attack.

Nassau County Police Commissioner Patrick Ryder says it all began with an email that appeared to be from a vendor of the county that was seeking payment but claimed its bank account had changed.

An initial investigation did not raise any red flags, so a payment was made for more than $700,000.

However, it turned out it was all a scam.

"The email looked like it was from a vendor but it was from the crooks," Ryder said. "The money ended up in Seattle."

Even though the money was then transferred into a number of different accounts, the county was able to get the money back.

Nassau County Comptroller Jack Schnirman said, "If there's language that creates a strong sense of urgency such as, 'You must act now,' there are spelling mistakes, and the reply mail is a personal address," that may indicate the email is a phishing scam.