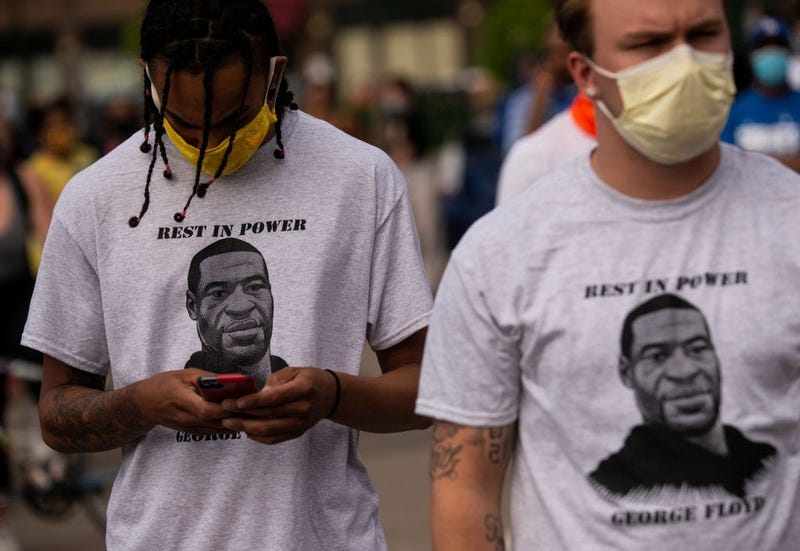 MERRICK, N.Y. (WCBS 880) — A group of Nassau County residents blocked George Floyd protesters from marching through their neighborhood on Tuesday after a social media post sparked fears of looting and riots.

Video taken by News 12 reporter Shari Einhorn shows Merrick residents pointing and shouting at the protesters saying they were not going to allow them to come into the community.

Community members here in Merrick and surrounding towns adamantly opposed to Nassau police trying to figure out a way to allow protesters to walk up Merrick Road. As of now, police are blocking the protestors. @News12LI pic.twitter.com/F9Qu1g8NSH

Few can be heard shouting “Go west” – apparently directing them towards more diverse communities to the west on Merrick Road, which the protesters were marching along.

People on Twitter expressed outrage over the anti-protesters antagonizing a peaceful demonstration.

“Utterly disgusted by members of my community. A Black Lives Matter protest in Merrick was met with anti-protesters, many wearing American flags and shouting "F--- you" to those peacefully protesting. Blatant racism displayed in a community that is 92.12% White,” one user posted.

One supporter wrote: “How racist and priveleged (sic) do you have to be to protest against protestors who are against racism?!?!?!”

“A total disgrace. When they say ‘go west’ they mean go back to Hempstead, Malverne, Roosevelt… the predominantly black communities,” Billy Baldwin explained on his Twitter. “In the face of what has happened in this country over the past week… this level of ignorance, intolerance & blatant racism is shocking.”